Omonike Omuya: You Have the Right to Remain Silent 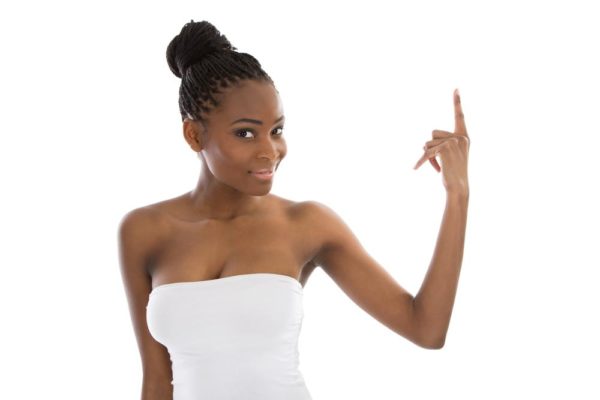 It is hard not to react when someone is saying something about us that insults or misrepresents our person. Something in us will want to get in there and set the record straight, clear up our name and put the person in their place. It is especially tempting and even necessary when that false narrative is becoming our reality and other people are beginning to interpret our actions and respond to us based on allegations and assumptions. Driven by the rumor mill we feel our world spinning out of control and find ourselves always wondering what people have heard and if it is the reason behind their actions or inactions.

Oprah Winfrey has spoken of a time when she called Maya Angelou to complain about what was being said about her in the press hoping to get a sympathetic ear but her mentor only listened and then pointed out that she was not the person being referred to by those comments. “You’re not in it” she said, as if to say there is nothing about you in those comments or that’s not you or that’s not about you.

The mere fact that someone says something with your name attached to it does not make it true and the very fact that what they have said about you isn’t true tells you they do not know you well or know you at all. So you do not need to bother to explain yourself to a mere stranger- a common outsider who isn’t in the picture of your life.

The thing about explaining is, it betrays a need for approval. It tells the person that you are bothered by what they think of you. In the safety of the appropriate relationships, this in itself is not bad. What is bad is this explaining that gives too much information to total strangers who have no right to know, no basis to judge and no value to add. Strangers who will treat the tragic events in your life as bullet points in a fact file, more concerned about being current with the newsfeed of your life than genuinely interested in your wellbeing through those events. Outsiders who will treat your tales of woe like any other entertaining reality TV series, staying tuned for episodic releases and live updates on social media and feeling entitled to comment on the plot of your story. Frenemies who will listen only to turn around and use what you have said against you.

The funny part is, people know their place. They know they don’t deserve your explanation so they hit where it hurts- your pride, your name and your honor- to get you to offer it to them to validate their importance in the name of vindicating yourself. They will say anything to get you dishing juicy details including equating your silence to guilt and your self restraint to weakness.

Manipulative friends and relatives know how to get your goat, how to misconstrue, to mix the true with the untrue, to find the fire by tracing the smoke, to call up everyone else but you just to pressure you to explain yourself if you want the heat to subside. But they only want cheapened privileges they cannot earn and free intimacy they can neither sow nor should reap.

Where everything you say and do, can and will be used against you, you have the right to remain silent. When you give people the underserved explanation they are looking for, it not only justifies their invasion of your privacy but rewards it.

Granted there are cases where some kind of response may be in order. Maybe to change a dangerous narrative that is putting you or your kids in danger or your livelihood and reputation at risk but if we must explain let it be detailed to the extent of the depth and quality of our relationship with the person we are explaining to. So that we unburden and entrust ourselves most to those we know and those we owe and least to those who in the real sense neither know us nor care about us and therefore should not have a say or sway over our decisions.

Isio Knows Better: A Life of Continuous Prayer to Sustain Your Happiness?