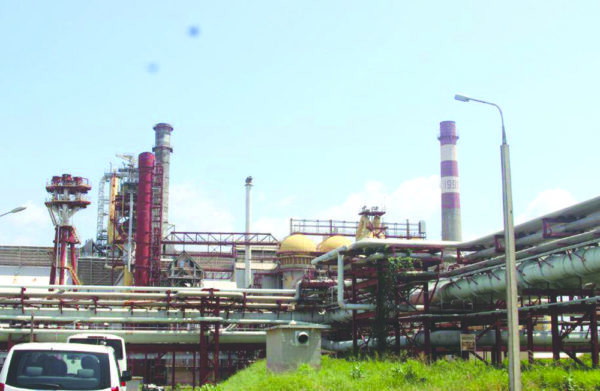 The Ukrainian Ambassador to Nigeria Valeriy Aleksandruk has said that his country is ready to invest $1billion into Ajaokuta Steel Company in order to revive the plant.

This is according to a statement by Alex Okoh, Head, Public Communications, Bureau of Public Enterprises (BPE) in Abuja on Thursday.

It said that the ambassador made the disclosure when he paid a courtesy call on the Acting Director General of the BPE, Vincent Akpotaire.

It also stated that Aleksandruk said that the Ukrainian company that built the plant – Tiajpromexport (TPE) – had presented a proposal to the Federal Government to that effect.

He said that the steel company has a lot of potentials which his country wanted to take advantage of and that already, meetings were on with relevant stakeholders in Nigeria for the realisation of the planned takeover of the plant.

Aleksandruk emphasised that Nigeria has a very good relationship with Ukraine especially in areas of trade and investments adding that there was a big Nigerian community in his country.

He, however, added that Ukraine was ready to “open a new page in its relationship with Nigeria” and pledged to assist the Bureau in its training needs to become a foremost privatisation agency in Africa.

The statement disclosed that Akpotaire in his response, said that the Bureau would review the proposal by the Ukrainian government.

He said it would also review that of Morgan Stanley, the multinational financial services firm that would provide the $1billion investment before taking any further steps.

He added that the Federal Government was desirous to get the Ajaokuta Steel Company Limited and the Nigerian Iron Ore Mill Company (NIOMCO) Itakpe running.

Akpotaire urged the Ukrainian Government to invest in other sectors of the Nigerian economy, especially in developing the downstream of the steel sector that would service several sectors including the automobile sector.

Related Topics:Ajaokuta Steel Company
Up Next