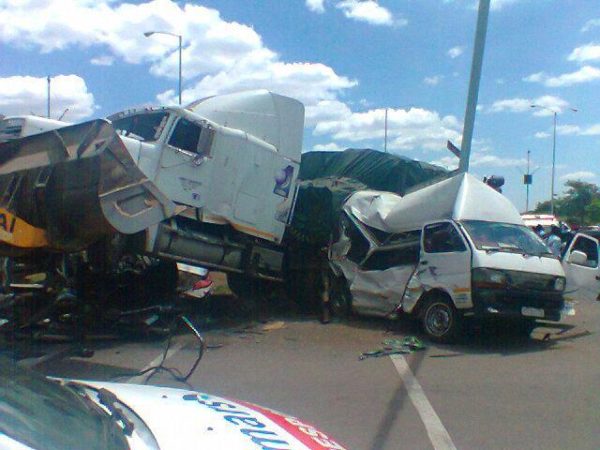 19 people were feared dead in an accident involving a commercial bus and a petrol tanker on Sunday along the Fidiwo/Ajebo area of Lagos-Ibadan Expressway.

According to PUNCH, the accident occurred around 1PM at a section of the road where there is a diversion of traffic to a single lane, due to construction work on the road.

The Public Relations Officer of the Ogun State Traffic Compliance and Enforcement Agency, Babatunde Akinbiyi, said the accident was caused by the driver of a loaded fuel tanker, which was travelling to Ibadan.

Akinbiyi said that the tanker driver was trying to overtake another truck when it collided with the oncoming commercial bus killing the 18 passengers and the driver instantly.

“Our men  who were at the scene of the accident said that all the 18 passengers in the bus and the driver died on the spot, while the cement truck which had also given way to the overtaking tanker was also affected by the impact of the crash,” he said.

Related Topics:AccidentLagos-Ibadan Expressway
Up Next