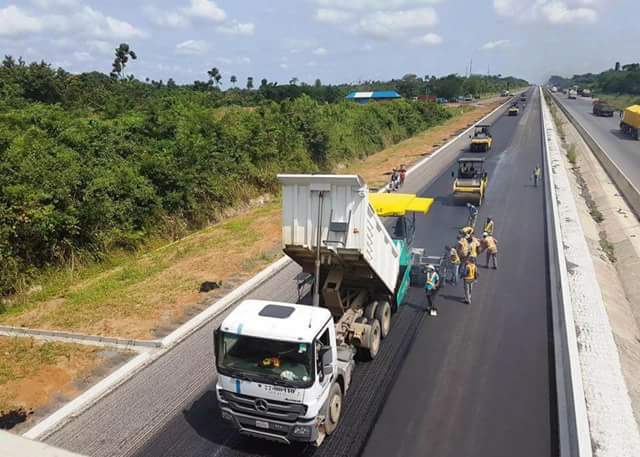 The Ogun State Traffic Compliance and Enforcement Corps (TRACE) has announced a partial closure of the Lagos-Ibadan expressway which takes effect Monday, September 2, according to reports by Sahara Reporters.

Motorists plying the affected route are advised to go through alternative routes.

Read the full statement by Akinbiyi;

“In view of the imminent closure of inbound Lagos traffic along the Lagos-Ibadan Expressway for reconstruction and rehabilitation work on the 600km stretch of the corridor to be carried out from Berger (New Garage Bus Stop) – Ogun River (Kara Bridge), scheduled for Monday, 2nd September-Sunday, 15th December, 2019. The general public, particularly the motoring public, is hereby apprised of the need to plan their journey, add more time to their travelling time and take necessary precaution.

From Monday, 2nd September 2019, inbound traffic (movement) from Kara Bridge to Berger would be sealed off and diverted into the same carriageway along the expressway conveying traffic outbound Lagos, thereby making both inbound and outbound traffic to be accommodated on the same section of the expressway.

Moreover, traffic will then be diverted back into the road going inward Lagos at Berger intersection linking River Valley Estate, where normal journey resumes inward Lagos.

Furthermore, outbound Lagos traffic would be divided into two lanes, both ways from the intersection linking Isheri/Olowora Kara bridge, where the road diversion ends and normalcy resumes inward Sagamu.” 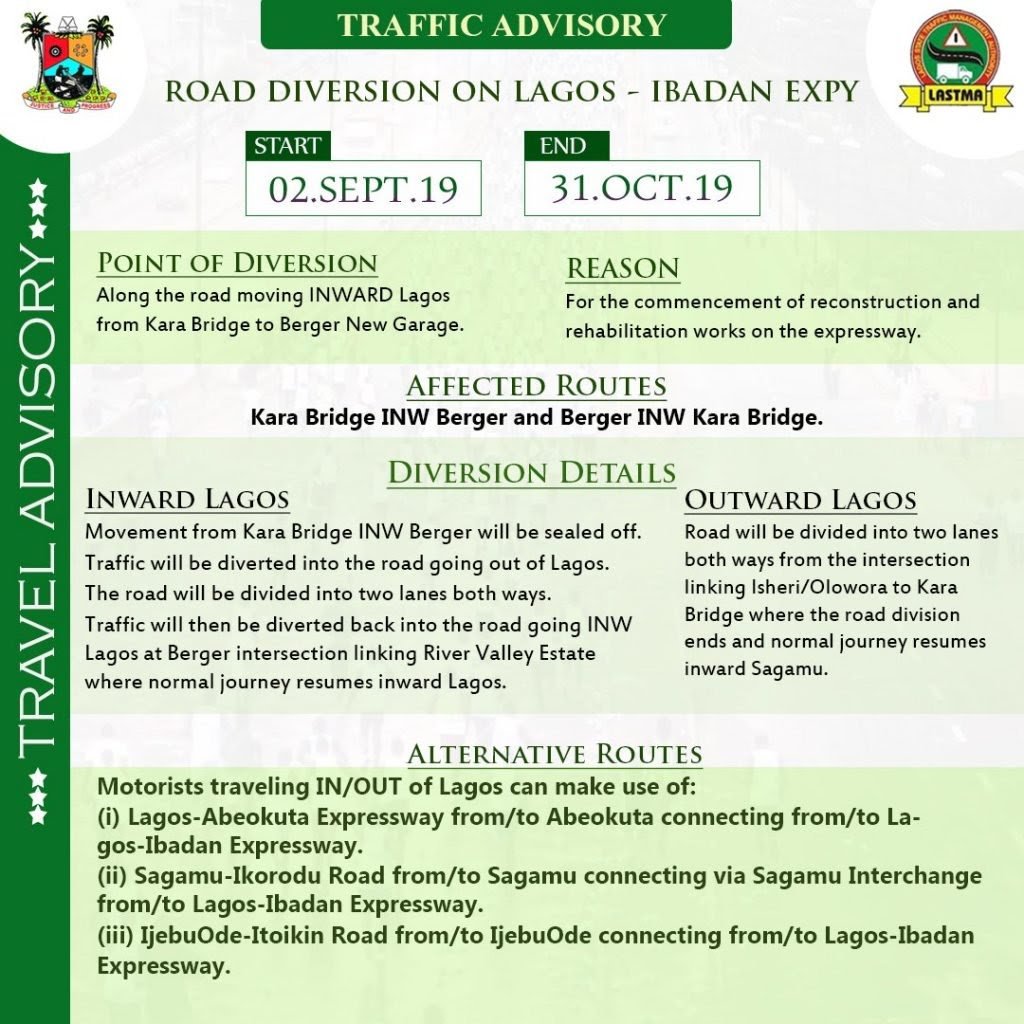 Related Topics:Lagos-Ibadan Expressway
Up Next