Lagos-Ibadan Road to be completed by 2021, Apapa Truck-Park by December 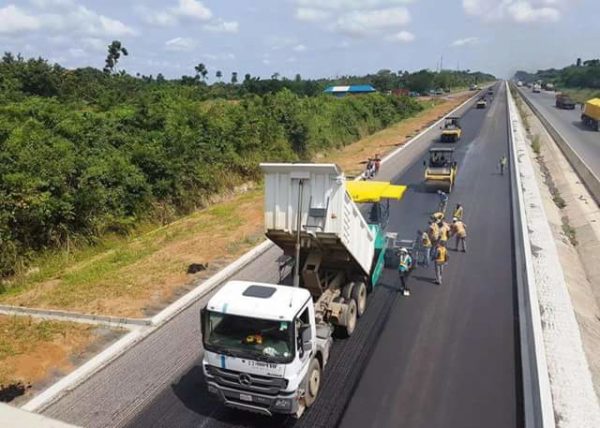 Construction giant Julius Berger, according to Punch, has said that a portion of the Lagos-Ibadan Expressway will be completed by 2021.

Thamm Olaf, the Operations Manager of the company, revealed this to the Senate Committee on Works, led by Kabiru Gaya, who had complained about the slow pace of work.

Olaf said a paucity of funds and the expansion of the project are the reasons progress stalled on the project, and that the Sagamu-Lagos end of the construction will be complete by 2021.

Gaya and the committee also discussed the construction ongoing at the Tin Can Island Truck Park, revealing that the contractor in charge, Borini Prono, has revealed that it will be completed in December 2018.

When we visited this site in 2015, the construction was less than 70 per cent; now it is 97 per cent because money has been paid and we insist that it must be finished by December.

We have also said that the facilities are not good enough for a trailer park; there should be more toilets, restaurant and even a small clinic.