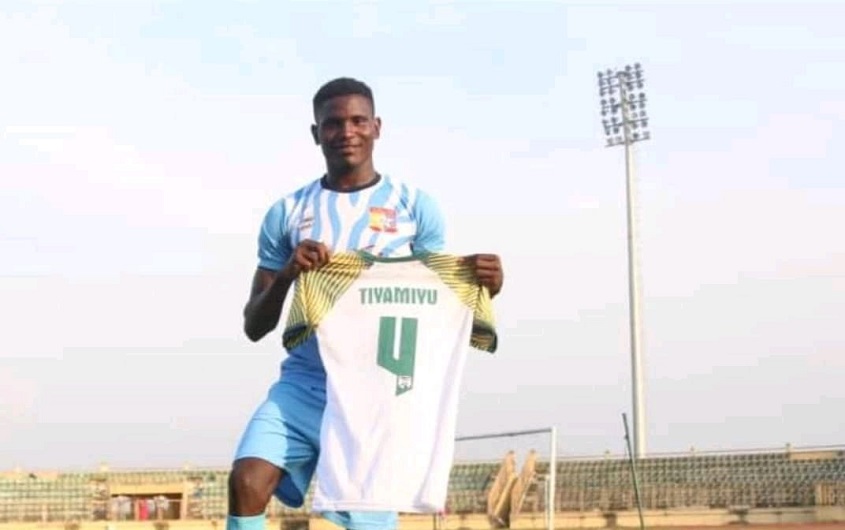 A few days ago, a Nigerian Footballer, identified as Tiamiyu Kazeem aka Kaka, was allegedly assaulted and killed by operatives of the Special Anti-Robbery Squad (SARS) in Sagamu.

“Tiamiyu was picked up by SARS operatives on his way home from training with a colleague, on the allegation that they were Internet Fraudsters. It was reported that Tiamiyu, after identifying himself as a Footballer was pushed out from the SARS vehicle by the Operatives and was crushed by an oncoming vehicle, which led to his death”, TVC News reports.

With the tragic death of Tiamiyu, indigenes of Sagamu marched to the palace of Akarigbo to meet the traditional ruler of Remoland, Oba Babatunde Ajayi.

According to new tweets, there is currently unrest in Sagamu as some protesters have been injured and shot by operatives of the Nigerian police. This has generated a lot of reactions from social media users, with many calling for the prosecution of the officers involved in the sad incidence.

A Twitter user identified as Zamora revealed that a protester got shot by the police. In another tweet, he wrote, “Just finished a meeting with the DCP (CID), Area Commanders and they stated that armed protesters were responsible for the shootings. They have stated that cultists have hijacked the protest”.

He added, “The Ogun State Command has also said the Officer responsible has also been dismissed immediately and will now face criminal charges in the public court”.

The Ogun State Command have also said the Officer responsible has also been dismissed immediately and will now face criminal charges in the public court.

Check out more tweets below.

The Police should have restrained themselves and avoided a confrontation with citizens who are obviously angry over the killing of Tiamiyu Kazeem in Sagamu. This culture of force and violence within the Nigeria Police needs to change. #EndSars

videos from the ongoing peaceful Protest in Sagamu over alleged killing of Footballer by SARS Operatives
.#endsars #sagamu pic.twitter.com/98Rvx9G1T5

One of the Sagamu's protests against SARS over the killing of the Footballer, Kazeem Tiamiyu aka 'Kaka.' pic.twitter.com/jZWKD6d67q