You may recognize BellaNaijarian Hauwa Mohammed from her vlogs (Click to View).

Hauwa recently visited Baby Musa in the hospital and shares her story below. 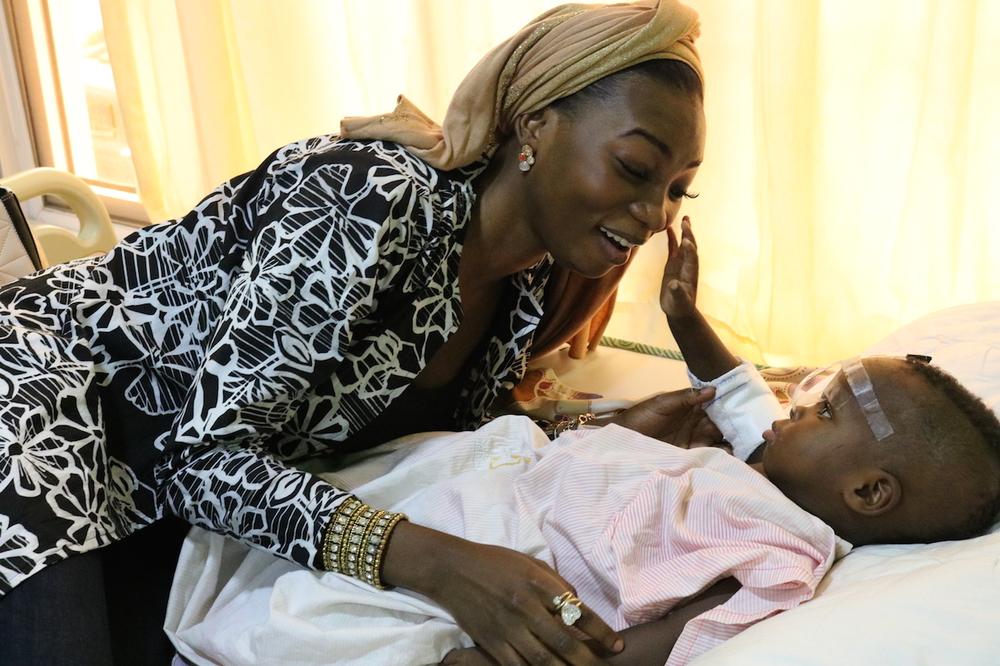 I was so touched when I heard Musa’s story and I had to go and visit him at the hospital.

Tragedies like this happens to a lot of people daily but Musa’s story has just highlighted what POLYGAMY really entails and the extent WICKED people can go.

This is the story of a survivor of POLYGAMY.

I spent 3 whole days with Musa and his mother Bilkisu in the hospital and this is what his mother told me…..

She said she was initially her husband’s only wife, but when he married a new bride (Amarya), he divorced her (Bilkisu) just after 17 days. She and the new bride lived together for ONLY 17 days.

She was still breastfeeding Musa at the time, so she left with him. The day she took Musa off breast milk, that was the day her husband’s sister & mother came to take Musa from her.

Musa lived with his sister & mother for just 2 weeks and she would hurt and bruise him everyday, gradually until, 10 days for the thief and 1 day for the owner when a visitor came to the house and saw blood gushing out of his mouth UNCONTROLLABLY from all the cuts the step mother had made to his mouth and tongue.

Musa was crying unstoppably and he could not move his hands nor his legs, the lady asked what had happened to him and the EVIL STEP MOTHER (MONSTER) replied that he was suffering from (ciwon sanyi) cold disease. That cold disease made him unable to move his body, then what of the bloody mouth? She was quiet, with no explanation.

The lady began cleaning the blood and took Musa to the hospital…. On arrival back home, the step mother (MONSTER) was already packing her bags and about to run away but her time was up and she was arrested.

Now the father is protecting his bride by claiming that Epilepsy / JINNS (Spirit) did all that to Musa not his bride…. But why was she packing her bags to leave?

Musa’s father has NEVER called them even once in the hospital to check on his son.

His mother told me Musa’s elder sister was NOT harmed because she can talk therefore capable of saying who ever hurt her.

He is getting better and even trying to crawl and stand. Please find attached pictures of him now.