This is incredibly heartbreaking.

According to the Angels of Hope Foundation, a 21-Month Old Boy named Musa has been severely mutilated in Kano. The alleged culprit is his stepmother.

Musa is a 21 month old boy is a victim of domestic violence in Kano. His parents are divorced. Musa’s stepmother cut off his private part, broke his arms, his legs, cut his tongue, Injured him in the eye, his feet and other parts of his body.

The 21 month old was operated on and his getting better physically but has gone through the worst kind of emotional trauma. The police arrested his stepmother (After days of hide & seek), his father and his grand mother. The stepmother has denied the accusation laid on her, his father and grandmother claim that the little boy’s body was mutilated by Jinns and his father has not paid a penny or contributed in any way to help Musa’s treatment, instead he his supporting his wife and emphasizing that she is innocent.

He actually tried to bribe a police officer with one thousand naira (#1000) to let them go. The AHF team paid a visit to them and is contributing to the treatment of this little toddler and we are calling on all legal practitioners, human rights activists, human rights lawyers to join us in getting #JusticeforMusa. The monsters who did this to him should be behind bars. Musa has an elder sister who is in the father’s custody, she should be returned to her mother, where she will be better taken care of. Let’s come together and make sure these people are brought to justice.

The Emir of Kano is aware of the case and recently visited Musa in the hospital. 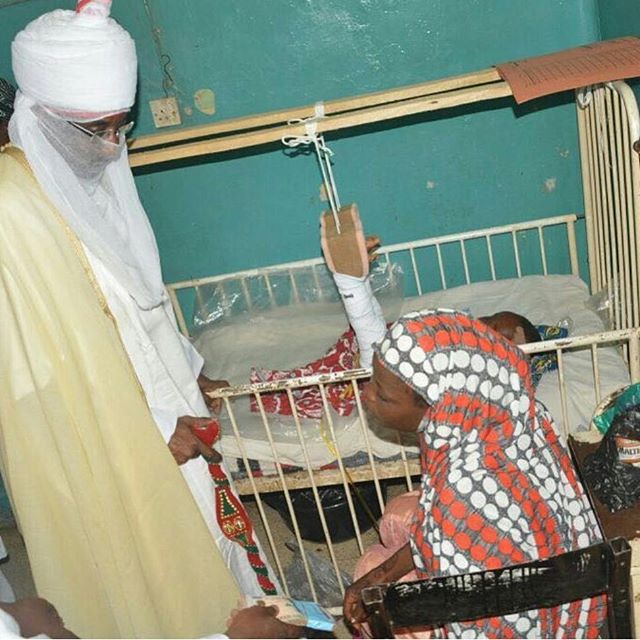