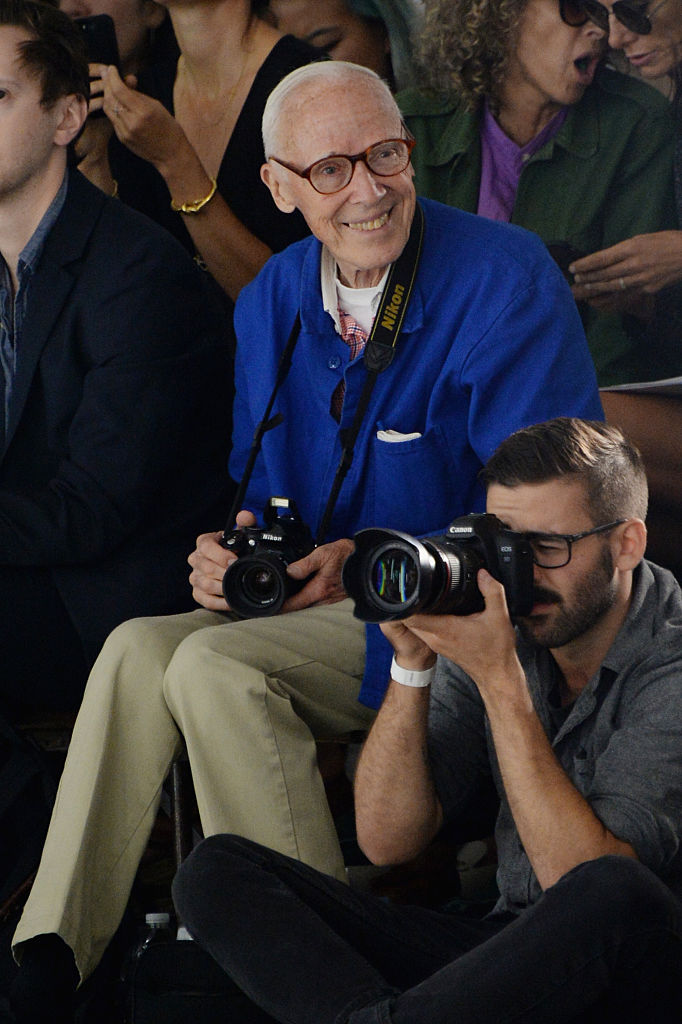 He had been hospitalized recently after having a stroke. His death was confirmed by The New York Times.

One of the pioneers of street style photos, known for his blue jacket, capturing well-heeled philanthropists at play and ardent fashionistas dressed for work or shopping. “We all dress for Bill,” Vogue’s Anna Wintour once said in a documentary film made about the iconic street style photographer titled ‘Bill Cunningham New York‘.

According to The New York Times, where he worked for nearly 40 years,

“He didn’t go to the movies. He didn’t own a television. He ate breakfast nearly every day at the Stage Star Deli on West 55th Street, where a cup of coffee and a sausage, egg and cheese could be had until very recently for under $3. He lived until 2010 in a studio above Carnegie Hall amid rows and rows of file cabinets, where he kept all of his negatives. He slept on a single-size cot, showered in a shared bathroom and, when he was asked why he spent years ripping up checks from magazines, he said: “Money’s the cheapest thing. Liberty and freedom is the most expensive.”

BN Self-Examine Sundays: Getting to know the REAL you!