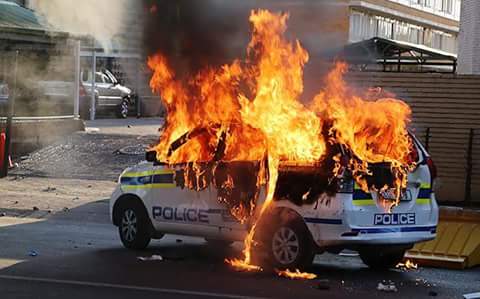 The Tshwane area, around South Africa’s capital Pretoria has been in crisis since this week following the decision by the African National Congress (ANC) to appoint as its Mayoral candidate in the August elections, South African news channel EWN reports.

Some ANC members in the city were said to be angry that current mayor Kgosientsho Ramokgopa was pushed aside in the nomination process.

According to the ANC choosing between current mayor Kgosientsho Ramokgopa and his deputy regional chairperson Mapiti Matsena, would have led to more divisions in the City.

Cars, buses and buildings have been torched in the Mamelodi and Atteridgeville areas, while reports have emerged on unrest in Soshanguve, North of Pretoria.

The protesters, as well as residents were also reported to have looted shops in the areas.

The South African government and the current Mayor Ramokgopa has called for calm, saying that there can be no issue which cannot be resolved through democratic processes and dialogue.

The government also said that perpetrators of the act will “face the full might of the law”.

Related Topics:#TshwaneUnrestsouth africa
Up Next