Efeturi Doghudje: You Don't Have to Make a Sequel For Every Movie... Case in Point, 'Independence Day: Resurgence' 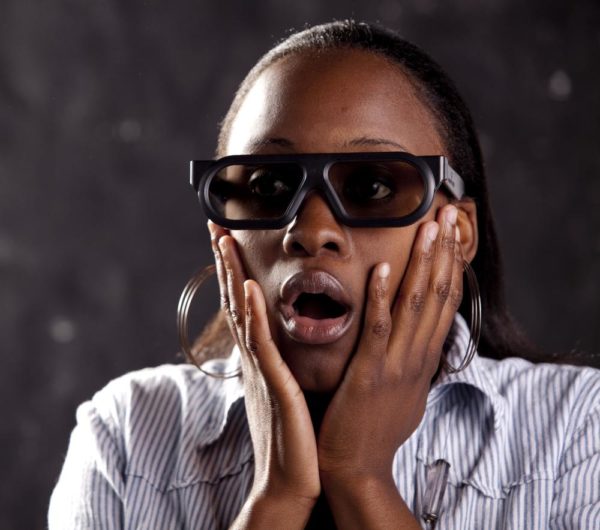 The need to have a sequel to any movie, especially a Hollywood one can be argued; as “To have or not to have”.
Asides the overarching need by the studios to rake in more money from box office sales, prey on our intelligence and kill an already perfect plot, there are some sequels that in my opinion should never have been created, if anyone doesn’t know what I am on about right now, I am referring to the movie Independence Day Resurgence.
Independence Day Resurgence is the sequel to the American epic science fiction movie shot in 1996. It is basically directed and written by the same team of 20 years ago in the persons of Roland Emmerich, Dean Devlin, Nicolas Wright, James A. Woods and James Vanderbilt. Stars the same cast with the exception of Will Smith and the addition of Liam Hemsworth, Jessie Usher, Travis Tope and Mae Whitman.

The film focuses on the battle between ESD (Earth Space Defense), an international military defence and research organization, and the returning alien invaders during the twentieth anniversary of humanity’s first victory against the latter on July 4 – the same date as the Independence Day in the United States.

I walked into the Silverbird Cinemas on Monday, coincidentally, on the 4th of July, to see a movie and what I basically had on my mind was either “Central Intelligence” or “Warcraft” my scale of preference shifting largely to “Warcraft” when I did a complete 360 and with my colleague to boot and decided to watch IDR.
So I usually don’t review Hollywood movies, there are countless fora’s out there both local and international that do this already, I would rather focus on Nigerian movies, as there are loads to upgrade, change and make better than our Hollywood counterparts, however, IDR was totally something else.

As a 90’s girl, I watched the 1996 version of Independence Day, starring Will Smith with wide eyes and a promise to keep a look out and never be foolish enough to believe, any foreigner had the best intentions for me. Will Smith brought his comedic “Fresh Prince of Bel Air charm to the set and while it was an action packed sci-fi, after all it was an invasion, there was fun, wittiness and quirkiness to the movie. It went on to become the highest-grossing film of 1996, earning $306,169,268 in North America, and $511,231,623 in other territories. Independence Day 1 currently holds the 51st-highest worldwide gross of all time for a film, this feat and doubt will be replicated in the sequel.

So instead of celebrating a proper 20th anniversary, like having dinner, creating a museum of the costumes, makeup and other fancy things that make up a commemoration of the 20th anniversary, 21st Century Fox decides to throw in a sequel.

Here’s why the sequel didn’t work for me:
Nothing shows a celebration of an old movie than a new and improved movie but as they couldn’t get Will Smiths character to come back, that just raised the feeling in my gut that this isn’t going to work. I was not expecting a replica, but it would have been good to see how his life turned around, if he made it as an astronaut, achieved other things, broke a leg, as against just an image of him on the wall and all he represented in his son. Rumour has it he was requesting for an arm and a leg to star in this production as well as fact that shooting was on going for “Suicide Squad” but Independence Day Resurgence felt pretty empty without “Big Will”.

The lack of humour; don’t get me wrong, Liam is good to watch. Probably more of a romantic dude than a comedic actor, but it turns out most of his jokes either fell flat or failed to elicit any reaction for us. Where Liam failed is where Judd Hirsh, Dr. David Levinson father made a comeback; however, with little scene time, the lack of humour made the whole movie quite unbearable to watch.

You would think, after 20 years, there would be more to killing an alien than destabilizing its defensive shield down, like really, haven’t they advanced? Surely they would have known we would have thought about that right? With sci-fi and action thriller movies from Marvel, DC Comics and the likes coming out of our ears, the best way to kill this supposed alien queen was the same way her soldiers were killed 20 year ago, com’on! I expected more and a serious fight. There was nothing outstanding in this sequel compared to 1996 edition of the quality of sci-fi movies out in 2016; obviously 2016 United States isn’t what we see today, as it had been totally ramped up and revamped, while the simultaneous destruction of the world was also top notch. However, everything else felt like it was cued out of a PS4/Xbox video game, with a lot of CGIs to boot and then a computer generated bot from out of space, what?

Okay, maybe I am biased against sequels or I was expecting much more, from the movie that paying 1000 naira was a waste of resources but I am so against making one especially one of this nature that has nothing significant to add to the original movie.

Moving on from this movie though, I put together my list of top 5 movies that didn’t need sequels:

5. Fast & Furious 5, 6, 7 and the coming soon 8 (sue me if you want) but this movie has gone on long enough. With its over the top plots, action scenes and stunts, can they just put a lid on the Fast Movies, now to be called Furious! Dominic Toretto played by Vin doesn’t die, doesn’t get caught and has refused to settle down in life. Will he continue stealing cars, avenging friends and invading the police forever?

4. Taken 2/Taken 3: Liam Neeson killed it and was a force to reckon with in part 1. His hard hitting lines and looks sent chills down my spine with an action sequence that was fun to watch. By sequels 2 and 3, the plot had been stretched to breaking point, as it was no longer funny, memorable or entertaining to watch.
3. Pirates of the Caribbean 3: Well I enjoyed 2, it was sweet and romantic, all the drama between Orlando Bloom and Keira Knightley. By 3, I had given up hope and had grown tired of Johnny Depp’s diva movies. What exactly is it about again?

2. 300: Rise of the Empire: I was indecisive on the movie 300, maybe because of the killing and blood. But, after a while, I warmed up and began totally enjoyed the movie. The lines where the greatest part of this movie, don’t get me wrong the endurance and strength the men yielded was admirable as well but by the time 2 was produced Themistocles played by Sullivan Stapleton couldn’t do what Leonidas played by Gerald Butler could do in keeping my attention span except maybe a overtly sexual scene with the most powerful woman of the movie.

1. Ice Age: *Covering face*, I am a fan of animation and really enjoyed the Ice Age movies, but to what end? They have added female versions of all the characters, smaller animals and a plot that still focuses on migration of animals to a safer space. But aren’t they extinct already?
Have you guys seen Independence Day Resurgence and these other movies? What do you think about sequels, to have or not to have?

So Cute! Blue Ivy is a Model in the Making