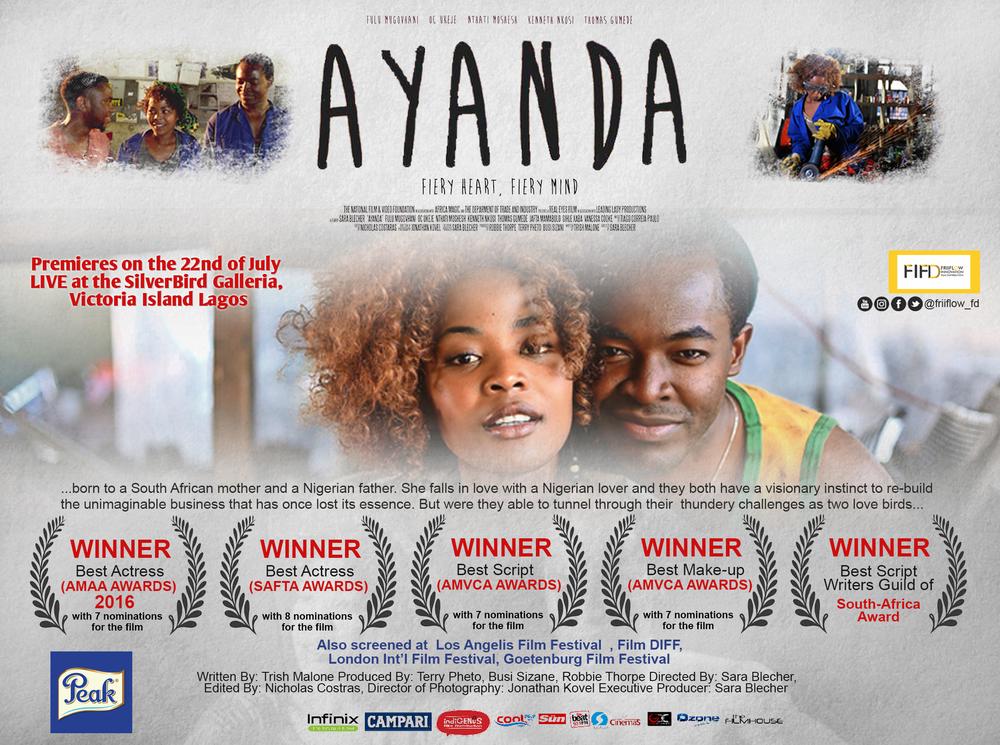 Ayanda is an international, multi- award winning movie that has been premiered and screened in the U.S., U.K, South Africa and Canada. It stars the award- winning South African actress Fulu Moguvmani and the New York Film Academy trained Nigerian actor, O.C. Ukeje.

The movie has already won a number of awards including Best Actress at AFRIFF, Best Script at AMVCA, Best Script – Writers Guild of South Africa among many other nominations.

Here’s a synopsis of the movie:

Born to a South African mother and a Nigerian father. Ayanda falls in love with a Nigerian lover and they both have a visionary instinct to re-build the unimaginable business that has once lost its essence. But were they able to tunnel through their thundery challenges as two love birds…?

The movie is set to premiere in Nigeria on Friday, July 22nd in Victoria Island, Lagos.

Efeturi Doghudje: You Don’t Have to Make a Sequel For Every Movie… Case in Point, ‘Independence Day: Resurgence’