HaroldWrites: Dear Nigerian Feminists, What Do You Really Want? 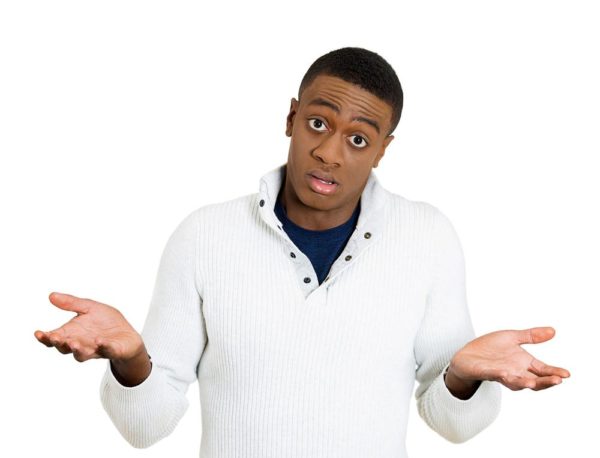 My friend’s sister recently got engaged. The would-be groom knelt to propose to her. In an unusual twist of expectation, my friend’s sister also knelt and accepted the groom’s proposal as he slid the ring into her finger. That moment when the lady knelt and accepted her man’s proposal was caught on camera. In my usual mischievous self, I posted the picture on my Twitter handle here (@haroldwrites) and captioned same:

“He knelt to propose. She knelt to accept. True feminist. Equality. Not all these high shoulder feminists of today.”

“Dear future wife, if I kneel to propose to you & you don’t kneel to accept my proposal like (above), I’m walking out of the place like f**k this.”

Dear future wife, if I kneel to propose to you & you don’t kneel to accept my proposal like ??, I’m walking out of the place like f**k this.

Of course, I was being mischievous and the tweets were purely meant for humour. But to my amazement, the tweets got over 1,000 retweets and several other hundreds of mentions, if not thousands. Most of the mentions came from people, from whose tone I could surmise were pro-feminism.

I laughed at the insults and abuses. I knew they could not have come from informed minds. Or from people who follow my blog. Or from people with any sense of humour and sarcasm. Or even from True Feminists who know what the struggle really entailed.

The feminism struggle is quite a very fascinating one, not least because even amongst feminists, there seems to be different connotations to what the struggle is really all about.

Feminists the world over differ in their aim, intentions and causes depending on their culture, time in history and their background. And these differences have brought about two distinct meanings to the word “feminism”. One side of the divide contend that, feminism is the struggle for equality between both sexes. The operative words here are “both sexes”. In other words, feminism is about equal rights/opportunities for men and women. From this category have emerged cries for equal wages for both men and women of same job description, equal representation of both men and women (who are qualified) at Board meetings, etc. Prominent amongst this category of people are authors like Estelle Freedman. I know most people reading this will quickly conclude that, of course, this is the summary of what feminism is all about. Equality for both sexes.

Permit me to burst your bubble.

The other side of the divide of the feminism struggle contend that, feminism is a struggle to accentuate equal rights for women. Operative words here are “rights for women”. This category of feminists are the most vocal and most popular. Although their struggle may appear to come under the umbrella of the first category of feminists, but a circumspect scrutiny of their type would reveal that, the woman – and not the man – is the centre of their struggle. Some of the cries of this group are calls against female genital mutilation, calls for right of women to decide if they want an abortion or not, calls for more girl child educational programs, rights of the girl child to share in the inheritance her father’s property etc. No attention is paid to the sexually molested boy child, social miscreants who dropped out of school due to lack of finances and are now touts at bus parks, paternity leave for men etc.

The point must quickly be made that, neither of the two types of feminist groups should be misconstrued to be misandrists. At least, according to texts, feminism in its truest form is not the hatred for men. However, whether one belongs to the first group of feminism or the second, the common thread in both groups is the ever presence of the woman. The feminism fight revolves in favour of the woman – not necessarily against the man.

Whilst I have no problem whatsoever with the concept of feminism, my concern for the struggle stems from its realities, especially in a peculiar environment like mine – the Nigerian environment. The mean responses I got for my aforementioned tweets got me thinking about the concept of global outcry on feminism, vis-a-vis its realities in Nigeria. It is one thing for a concept to say it is one thing. It is a totally different thing for that concept to be that thing. An ideology remains an ideology until it is being implemented in its true, unadulterated form. Then it becomes a movement.

Has the feminism ideology truly lived up to its basic tenets in Nigeria?
Feminism as a concept, is quite plausible and should, ordinarily, be encouraged. After all, the concept prides itself as one calling for, inter alia equality between the sexes. However, within the Nigerian context, the sort of equality (say, within the political scene) being envisaged does not include a situation where men and women are allowed to lobby for political slots by hook or by crook on their own. The fear is that the men will manipulate it to fill in more men. History has maybe, taught us this. Within a Nigerian context, the type of “equality” some so-called feminists envisage as they chant the feminism slogan is if beforehand, women are assigned 30% slot in a political cabinet in the name of affirmative action. Nigerian feminists demand that women be represented in the political scene, just as their male counterparts. They demand a guaranteed 30% representation at least. Why? Just put women there. Why? Because Feminism.

Hillary Clinton qualified and emerged as the Democratic Party candidate to run for the Presidency of the United States. We hailed the feminism movement. Theresa May became the 2nd female Prime Minister in the history of the UK. Yes! Feminism! Angela Merkel remains the German Chancellor since 2005. Woman power! More Feminism!

“Feminism is about equal opportunities!” we tell ourselves. But have we ever sat down to imagine the price the women in other climes had to pay to get to where they are today? The REAL PRICES. We don’t know the sleepless nights these women had to put in to get there. We don’t know the relationships they had to severe. We don’t know the people they have probably hurt. We don’t know the lives they had to snuff out in cold-blood (literally and figuratively) to get to that position (hey, this is politics). We don’t know how much dirt they soiled their hands in just to beat their male counterparts. We stay here in Nigeria and hail female figures who have toiled and sweated to be where they are today, and chant “Yes! Feminism!” And then we turn to our own political scene and campaign for women to be given 30% of political slots on a platter of gold. Guaranteed 30% slot. Why? Because feminism struggle.

Sometime in 2015, a social media user made jokes about Di’ja’s long neck. A self-acclaimed feminist picked up the joke and turned it into a war on feminism. “Women should not be body-shamed!” she chided in a very long speech on feminism. I read her rants and wondered if she had ever heard of the social slang called “bants”. For all I cared, the social media user was just throwing bants at Di’ja and did not mean those words. I believe most of us have heard the jokes about Dangote not having six packs and how it doesn’t matter because “na who six packs don epp?” These are all bants. Make this same joke about a woman and watch the beehive of Nigerian feminists descend on you and caution you to stop body-shaming successful women. Because, feminism.

The pertinent question to ask at this juncture is, if feminism is truly a struggle for equality (of opportunities or whatever) between/for both sexes, why do feminists not raise as much dust over societal challenges/deprivation against men in the same vein as they do for women?

Recently, Senator Dino Melaye threw unpardonable tirades at a fellow Senator – a female senator, when he said she was approaching menopausal age and he would beat her up (allegedly). The whole world condemned his actions, both before and after his explanations. Whilst I agree that Senator’s Melaye’s actions were heavily deserving of condemnation and can never be justified, what piqued my interest was that NO ONE thought it natural, to also condemn Senator Remi Tinubu’s remarks. It did not matter that she first called him a dog and a thug (allegedly). Rather, solidarity visits upon solidarity visits were paid to her. In fact, women feminists groups went onto the streets with placards and protested heavily against Senator Melaye’s “harassment of a woman”. I imagine that if roles were reversed and Senator Melaye called Senator Remi Tinubu a “b*tch” (which is the female word for a dog) and a h*e (hello? Thug), the heavens would have been pulled down by the feminism cartel. How dare he try to belittle a brave woman who is only trying to stand up for herself and all the other aspiring girls in the world?!

These days, every little thing is ascribed a feminism connotation, as long as that thing has some relevance to the woman race (pardon my French). A woman walks naked in the street and is told to cover up. Next thing, this makes the blogosphere headlines. The fuss? There has been a blatant attempt to sabotage one of the ideals of the feminism struggle which is right of women to love their body and express themselves freely! A female driver is told she is driving like a woman (that she is!) and feminists condemn such “sexist” comments against women. The most fascinating one is when a Nigerian man tells his woman that he prefers home-cooked food prepared by his woman… We will never hear the last of this one.

Whilst I won’t engage in telling mature men and women who should do what in a relationship/marriage (as this should be their prerogative), I don’t think the Nigerian feminists are doing the movement any good by starting and ending almost every discussion with a feminism speech. Sometimes, if your man asks for home-cooked food and you cannot or will not do it, let him know why. Do not lecture him on what 21st century feminism entails. And please, do not bring the gist to Twitter.

On a lighter note, I’ll end this piece by dropping this poser: of all the coinages that one could ever think of in the world like equalism, humanism, liberalism etc, how did the word “feminism” end up being used to portray a struggle for equality between men and women?

Jasmine Zik: From Crochet Braids to Ghana Weaving – Here’s how Protective Styles Can Help Your Hair

Aunty Bella: Miss Will I Ever Find a Real & True Friend?