Restructuring: "If true federalism means breakaway, it is not my way of thinking" - Yakubu Gowon 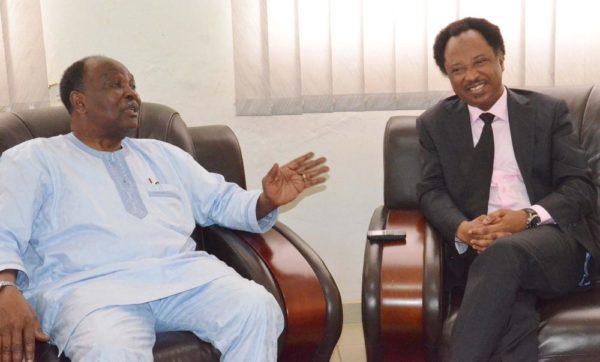 Former Head of State, retired General Yakubu Gowon, says there is nothing wrong with restructuring the country provided it is done within the “One Nigeria” context.

Gowon stated this when Sen. Shehu Sani, the Vice-Chairman, Senate Committee on Foreign Affairs, paid him a courtesy visit in Abuja on Wednesday.

Reacting to calls by some Nigerians to restructure the country, Gowon said there was nothing wrong with restructuring.

He recalled that Nigeria was restructured under his leadership as the head of state with the creation of states in 1967.

“We can restructure within one Nigeria context. I did it in 1967; we created states to stop eastern Nigeria from seceding. We had to do something to ensure the fear of their seceding did not exist; a serious issue of a part of the country wanting to breakaway when we already lost a part to Cameroon.

If we had allowed the eastern region to go away, the map of Nigeria would have looked funny; it would have been tilted one way. So, we decided overnight to break the fear through the creation of states. If we had to save the country that was the only way to do it.

We also ensured that no state was too big or too small to threaten the unity of the country,” he said.

The News Agency of Nigeria (NAN) recalls that Gowon, through a broadcast in 1967, announced the creation of 12 states; which were, North-Western, North-Eastern, Kano and North-Central states.

The former head of state added that the call for true federalism by some Nigerians was also not a bad idea, as long as it was done within the context of the nation’s unity.

“What is true federalism? As long as it means respect for oneness of our country, it is alright, but if it means to breakaway, it is not my way of thinking,” he said.

FORMER HEAD OF STATE, GEN. YAKUBU GOWON (M), DISPLAYING A BOOK PRESENTED TO HIM BY PRESIDENT OF THE ASSOCIATION OF NIGERIAN AUTHORS (ANA), DENJA ABDULLAHI (R), DURING A COURTESY VISIT TO THE FORMER HEAD OF STATE BY THE SENATOR REPRESENTING KADUNA CENTRAL, SEN. SHEHU SANI (2ND-R) IN ABUJA ON WEDNESDAY (3/8/16). WITH THEM ARE: FORMER MEMBER OF THE HOUSE OF REPRESENTATIVES, DR WALE OKEDIRAN AND FORMER GENERAL SECRETARY OF ANA, SALAMATU SULE. 5465/3/8/2016/JAU/HF/BJONAN

Dogara Bribed Some Reps with $25,000 each to Sign Vote of Confidence on Him – Hon. Jibrin