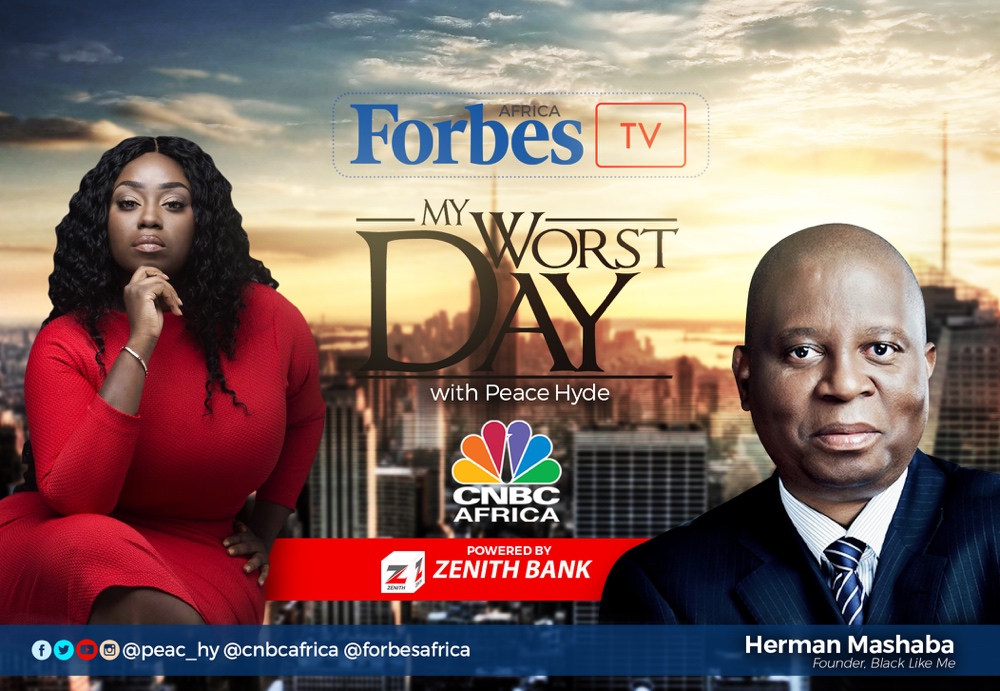 The fourth installment of the Forbes Africa TV flagship show My Worst Day with Peace Hyde hits your screens on Thursday August 4, 2016 and in the hot seat is South African hair care billionaire, founder of Black Like Me and mayoral candidate, Herman Mashaba.

I had to figure out – is this the end of my business career? And I refused.

By the time I got there I realised this is not an accidental fire.

Whoever thought they would destroy us has made a terrible mistake.

In the riveting interview with Forbes Africa correspondent Peace Hyde on CNBC Africa we also find out how Mashaba survived the streets of apartheid and started his own company by letting a white man front it.

BN Beauty: Smokey Berry Eyes with an Ombré Berry Lip Get this Look by OmabelleTV