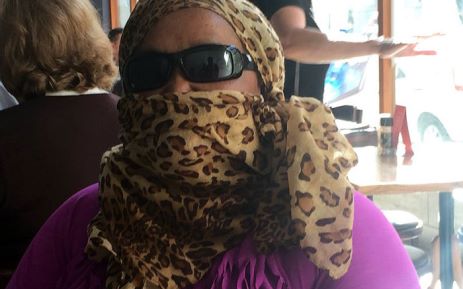 A woman who snatched a newborn from a South African maternity ward 19 years ago was sentenced to 10 years in prison on Monday, a source at the Western Cape High Court said.

The case has gripped the nation since 2015, when the true identity of teenager Zephany Nurse was publicly confirmed after her kidnapping was revealed through a dramatic twist of fate.

The source said that the kidnapper, whose identity has not been revealed, will serve 10 years in prison, after four years of the original 14-year sentence were suspended.

The prosecution had asked for 15 years imprisonment for the 52-year old woman.

According to evidence presented during earlier court proceedings, the convict had snatched a baby from her mother while asleep, three days after she gave birth by Cesarean section in Cape Town in 1997.

Handing down his sentence, Judge John Hlophe said the accused had shown no remorse after she had “lied and betrayed” the girl for 17 years.

She had “all the opportunity to return her” to her biological parents, to whom she had done so much harm,” Hlophe said.

The judge said he took the accused person’s circumstances into account in the sentence.

These included age and the fact that she was a first-time offender, that she had a history of miscarriages and suffered from chronic medical conditions.

The accused and her husband who ignored the fact that his wife had a miscarriage and believed she had given birth to a girl brought her up as their own, according to court evidence.

When the girl was 17 years old, she had a friend in school that is younger to her in age.

Other students noticed a similarity between the two, and when the younger girl told her parents, they thought the friend could be their long-lost child, Zephany’s biological father, Morne Nurse said.

DNA tests proved that the two girls were sisters.

The woman Nurse long regarded as her mother was arrested and barred from having contact with her.

The accused denied kidnapping her, telling the court she had been handed the baby at a railway station by a woman who had previously given her fertility treatment.

A psychologist testifying at sentencing proceedings described the accused as a “mother by nature” who loved children and did not feel she had committed any offence, according to the newspaper Herald.

After Nurse’s identity was discovered, she was placed under the supervision of a social worker while she maintained contact with her biological family and the man who had raised her.

The case sparked a public outpouring of support for the biological parents, who reportedly never gave up the hope of finding Zephany, staging a birthday party for her every year.

“I told her, ‘From the first day I saw you for the first time, I knew you were my daughter’,” Morne Nurse told the broadcaster eNCA after the case became known.

However, reuniting with her biological parents and three younger siblings was not easy for Zephany Nurse.

She has now chosen to live with the man who raised her and with whom she retains a close bond, according to the report.

Outside the Western Cape High Court, emotions ran high as a scuffle broke out between the Nurse family and the family of the accused, ANA reported.

“She belongs to us. She has our DNA,” the girl’s biological aunt Shantal Berry said. “I’m glad the trial is over and done with. Now the healing can start,” Morne Nurse told journalists.

Earlier this year, Zephany Nurse made an emotional plea for privacy, saying she was trying to write her final exams while the woman who had raised her was on trial.

Related Topics:KidnappingZephany Nurse
Up Next