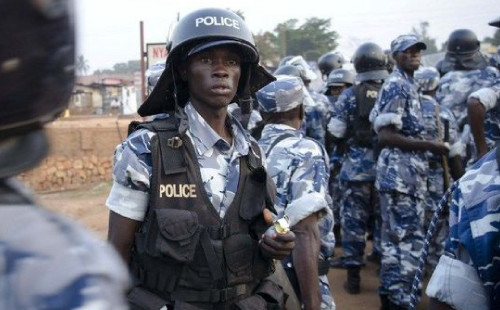 An 8-year-old girl has been arrested for ‘lesbianism’ in Uganda, Gay Star News reports.

The girl is understood to be in police custody after her neighbour reported her to the police for engaging in ‘romantic relationships’ with other girls.

The neighbour had said that the girl “repeatedly lured her friends to a farm near her house, where the girls would engage in inappropriate behavior with one another”. The report added that the neighbour watched as the girls tried out ‘various sex acts using her fingers’.

The report added that upon questioning, the girl said that she had played in similar fashion with other girls in her school toilet.

The arrest has received condemnation from International Human Rights Activists.

The girl should be immediately and unconditionally released if she is still in detention. What she needs is protection and respect for her privacy, rather than being treated as a criminal. The state’s responsibility here is to protect the child’s welfare, not to arresther.

Police say they are investigating claims that someone could have trained the girl and instructed her to pass on the knowledge to the other girls.

Wobuyaga called on parents watch out for adults who coerce underage children into ‘illicit relationships’.

Both male and female homosexuality is illegal in Uganda.