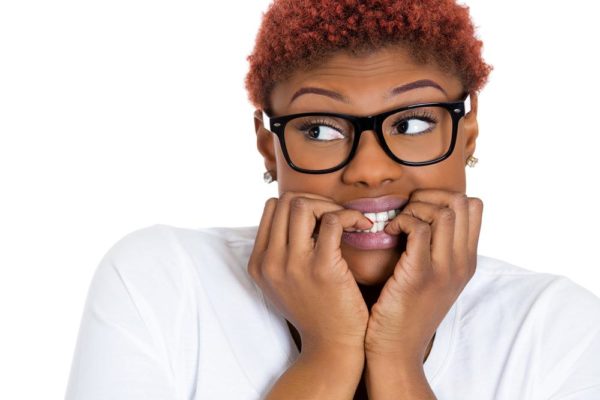 I recently saw a post on social media. It was a video portraying the lifestyle of Nigeria’s super rich in England.  The person who posted it left a sort of warning that said “don’t hate, just watch and enjoy”.  However, the comments I saw beneath the posting did not reflect a heed to the warning.  The ‘commenters’ were seething with indignation over what they thought was an ostentatious display of wealth by the characters in the video.

I later had a discussion with a friend and the topic of the video came up. He had not seen it at the time, but he had something profound to say; not about the video, but about the viewers and their comments.  He said that situations like that usually reveal people’s insecurities.  So those comments were simply people projecting their insecurities onto what they thought was a threat to it; a revelation of it –they felt ‘exposed’.

This got me thinking about situations in life where I have projected my insecurities or have watched others do so.  I came up with this non-exhaustive list with the intent of perhaps helping you to identify yours, and begin to address them.

A Friend Makes a Bold Move
I have a friend that quits her job whenever she has her mind made up that it isn’t what she bargained for.  The amazing thing is that she usually has no other job to move on to when she quits.  She just goes back home and starts looking for another.  That’s quite unheard of, especially in Nigeria. So, how do you think her other girlfriends react when this happens? “Are you crazy?” “So you just up and leave without having another job to go to? Who does that??”

She gets all these comments and she asks me why people think they have to tolerate intolerable situations at their jobs just because they don’t have another job waiting. Why don’t they trust themselves and their ability to find another?  Of course I would smile in response but, in my mind, I answer the question saying: “Don’t you know what the term ‘job-security’ means to people?  There’s ‘security’ in that word for a reason.  People cannot fathom living without that security and when it happens right before their eyes, to somebody close, it ruffles their feathers, rattles their cages, and they scream in opposition; projecting their insecurities onto you and your situation”.

Fortunately, another of sisters, who’s a psychologist, was with us and immediately explained to us what just happened in ‘psychological terms’.  In effect, she said that my other sister had little belief in herself. During the course of the show, she had subconsciously placed herself intellectually below the contestant and so when he missed the question, she felt exposed. All of a sudden, she found herself above the man she had once placed above her and that insecurity caused her to protest in that manner.

As for me, I just made sure not to say anything again throughout the rest of the show, before someone psycho-analyses me. That was my own little insecurity.

Stereotyping
I once had a roommate who went out clubbing with some of his friends one night.  The next morning, he looked very worried.  I asked him what the problem was, and he explained that he had seen one of his (male) friends kissing a guy at the club. [This obviously did not happen in Nigeria, so y’all should chill]

His concern was whether he should ever hangout again with his friend.  I thought the decision was obviously his to make but I wanted to know the reason why he would choose not to talk with his friend anymore.  And he asked, very insecurely, “what if he makes me gay?” Wow! I couldn’t even contain myself.  I had to ask him: “Are you that unsure of yourself that you think someone else can change your orientation?”  He thought about that for a moment and admitted that he probably wasn’t grounded in his own beliefs; not standing for something, hence able to fall for anything.

Driving, and Having Drivers
Growing up, I had a friend whose dad always drove his cars himself. Given the times and his status, he was sure overdue for a diver.  I asked my friend one day why this was, and he laughed and said he could recall only once when this happened.  His dad sat right beside this poor driver, monitoring him closely and yelling out to him what to do: “Brake, brake, brake!! Don’t press the clutch too hard!!”  I laughed so hard, but then I remembered that I had hardly seen my mum being driven by someone else.  And when she was, say she was on a bus travelling long distance, she would always stay awake throughout because she trusted no other driver but herself.

Looking at these kinds of people, I usually notice a common trait.  They always overwork themselves.  They do not think others are competent enough to have the tasks delegated to them.  That is a sign of insecurity.  It translates into many areas of life and if not checked, will cost such people an enjoyable life as they will never sit back and enjoy the ride of life, but will always be anxious to grab the wheel.

Workplaces and the Changes That Happen There
I’m pretty sure most of us can relate to this, only that we might not have thought of it as a display of insecurity.  There are managers who find it hard to delegate (maybe they are those people who refuse to have people drive them in their cars too!), employees who refuse to teach others what they know (forgetting that it was someone else who taught them) so that they would be the only ones who possess such knowledge in the department.  And then there are those who don’t like it when someone else is being praised for some work done.  They always look for the ‘but’ in that situation.

All these are displays of insecurity.  The fear that someone else could, perhaps, be better than they perceive themselves to be.

Insecurity leads to fear, which then leads to anxiety –a feeling of nervousness, worry or agitation about something you think will happen to you.  You would agree with me that it is definitely not a healthy place to be.

It is not enough to identify the avenues through which our insecurities are revealed, although that’s a good place to start.  We should also seek to fix them by finding out their root causes.  If I caught myself breathing fire at some video showing a bunch of rich kids enjoying life, I would ask myself why I am angry. Maybe it’s because I don’t think it’s fair.  Then why don’t I think it’s fair? Maybe because I don’t think I can ever become that rich. Why? Because I’m not willing to do unsavory things.  Why do I think I need to do unsavory things to get rich? Because that’s what people around me have always thought and said and so, I have always thought and said the same thing.

It appears the problem is with me –with the way I think and the people I associate with.  Maybe I need to change all that. Maybe I need to change my association and read books that will teach me to think right.  The point is, ask yourself why, and keep asking until you get to the root of your insecurities and once that dragon is identified, you can then slay it!