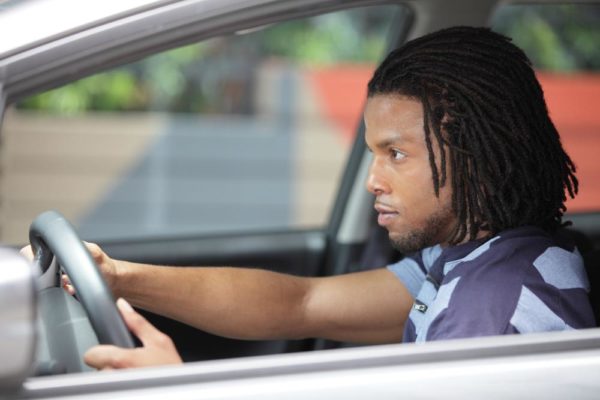 From childhood, we have been taught to always obey traffic laws. Subjects like Civic Education and Social Studies accommodated traffic regulations as part of the scheme of work. Even the old primary school poems created awareness. A particular nursery rhyme remains vivid in my head.

It says:”When you see the traffic light, red means stop; yellow means ready and green means go…go…go!”As simple as this sound, we tend to do otherwise. This leaves me wondering why some Nigerians would rather remain lawless than be patriotic.

Traffic congestion is synonymous with Lagos. This is the cause-effect relationship of overpopulation. Research says that daily we have 3000 people migrating to Lagos. We might wonder what for? The reason is not far-fetched. They are in search for greener pastures. After all, Lagos is the centre of excellence. Overpopulation is at its peak. There is rush hour both in the morning and in the evening.  You have some people leaving home as early as 4.30a.m to return home around 10.30pm. These very people would still have to prepare to leave for work the next day. I have been there and done that and trust me, it is not funny.  In traffic, you get to witness different dramas and different skills. Driving in Lagos traffic is not for the feeble-hearted. You got to be tough or else you will be tagged a learner.

It is no longer surprising to see drivers drive past traffic lights that are beaming red. I had thought that this was the trend with commercial drivers (danfo drivers) but these days private drivers have joined the league. Once the coast is clear (i.e. when no police officer or any law official is not in sight, it was pointless to be held back by mere traffic lights! The next thing was to hit the accelerator and zoom off. Drivers take laws into their hands and do what they like on our roads.

Sadly, we are all culprits. Imagine you going for an interview or an appointment and you are being held up in the traffic. You would not mind if the driver disobeys the traffic lights, takes one way or violate a traffic law. You would even suggest ideas to the driver if he happens to be law abiding. People would wonder what planet the driver came from for him to be driving so obediently. This goes to show how Nigerians lack patience.

We are always in hurry. In a hurry to do what? – to get rich quick, to finish school in time, be first on the queue and all. There was a joke that you can always identify a Nigerian anywhere because they were always impatient .They are the ones to jump queues, run after buses, cut corners and the likes. The educational sector is also experiencing this impatience, you find parents overlooking basic six for their children and rushing them to Junior secondary school. Even those in the SS1 can start applying to write JAMB to gain admission into the university. Some classes seem to be unworthy of the entire process.

Most times I use my intuition to tell if a bus driver “head is there”. I do not think there is anyone that wants to board a bus that the driver is always on the slowest lane while in traffic.  The driver is expected to be streetwise ( rough, rugged and raw).  Even when he gets caught by law enforcement officials, passengers would even be suggesting that he bribes his way through. Those that are “law abiding” and follow due process would suffer from the complaints and abuses of other passengers. It takes a very strong driver to ignore people ranting and cursing. As much as I enjoy beating traffic through illegal means, something within me keeps flogging me that I am supposed to be law abiding and another says na law abiding you go chop? Well I choose to go with the former.

However, at times these traffic lights do not function and can be misleading, for no reason the red light just pops up. Well… it is a machine and it is prone to malfunction that brings us to our maintenance culture.  It seems to be lacking, innit? Whatever be the situation, traffic regulation and lights are supposed to be adhered to. The purpose of its being on Nigerian roads is to ease traffic.

There are so many driving schools and most of them are only concerned with practicals. One can learn driving in 5 days or less. How about the classroom teaching where traffic laws and regulations are to be emphasized? This does not seem necessary anymore. Learn the basics and start driving is fast becoming the motto of road users. People are on the fast lane .They want to hit the road quickly. Most drivers do not possess a driver’s license yet they flood the roads driving recklessly, putting their lives and that of their passengers at risk. Let us obey the traffic lights -they are not decorations!

‘Tale Means Business: 5 Things Business Owners Need to Do in This Economy