Aunty Bella: Miss. The Bleeding Is Affecting My Sex Life 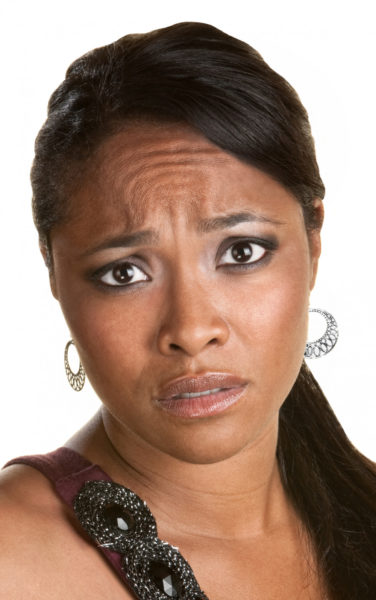 A BellaNaijarian left this story on the most recent edition of The Fertile Chick.

BellaNaijarians, I need your help.

In March, I had bleeding due to pills and had to see a gynecologist and take drugs to stop it. My boyfriend and I take regular tests since I don’t like condoms and we’re clean.

He lives in a different state and I have a busy schedule so we don’t see that often. I visited him in August but we didn’t have sex because he was ill that week.

He visited for my birthday and we went shopping, had a dinner, the works and then we made love. This was 1 week after my period. A week after, my period started again and I was afraid that the bleeding had returned but it stopped after four days. I heaved a sigh of relief as I won’t see my boyfriend till December but now he wants to come to Lagos this month and I’ve been stylishly refusing. In fact, after the incidence in March, I’ve been avoiding him. I just had to travel in August because he insisted. If I refuse too much, he will start suspecting foul play. He keeps saying, I don’t love and miss him as much as he does. He has been bringing up marriage, I have been pushing it.. I want to get to a level in my career first. I’m due for mid-management next year but I’m taking two online courses in foreign business schools this year and will get both certificates by February and even if the promotion doesn’t come, I will use those certificates and work experience to get another job at that level or a level above.

I can’t tell him about the bleeding ( can’t have him blaming any infertility on me later. Besides he doesn’t know I take pills. A part of him wants me to get pregnant so we can get married. He knows the reason I’m putting of marriage is my career and he paid for the 1st course and promised to refund me for the 2nd. He just wants me to get to mid-management fast so we can get married. Although he teases my salary sha as he spends that amount on me in a day but then).

I am 27 and have been sexually active for 10 years.

I need advice on alternative birth control methods or what to do to prevent a re-occurrence of the bleeding. I can tell my boyfriend that I want to stay without sex for a while but I love sex a lot and more importantly, if I do, I may be confirming his fears that I am leaving him.