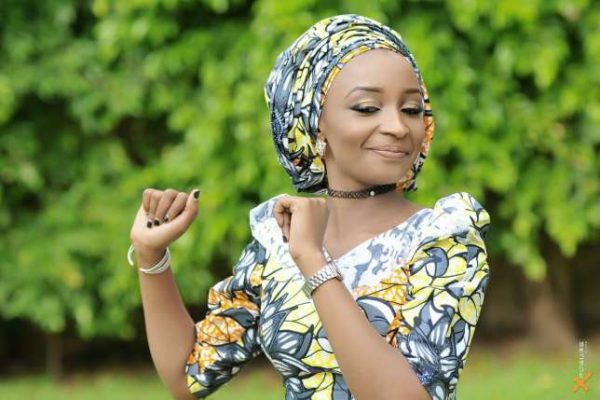 A few days ago, the Internet was awash with the news of the expulsion of 22 year old Nigerian actress Rahama Sadau from ‘Kannywood’ – the northern sub-sect of the Nigerian film industry, Nollyood. According to the news reports, the young actress was sanctioned by the Motion Pictures Practitioners Association of Nigeria for being featured in a music video for the song ‘I Love You’ by musician, ClassiQ

Watch the video here to find out where all of this started from.

Of course every time we hear news like this, we’re forced to really think about the issues that affect our growth and development as a people. Nigeria is a country deeply steeped in appearances of religious morals. We are well known to be a people who uphold the sanctity of our ‘national’ religions – Islam & Christianity.

So are we in good faith surprised that an actress from Northern Nigeria was banned from a professional body based on perceived immorality? This is Nigeria and the shock value of things is greatly eroded.

But, outside of all of that, was the body of actors right for banning Rahama Sadau? There’s a well known saying that if you can’t handle the heat, stay out of the kitchen. Islam places high premium on decency amongst female adherents of the faith, and if an actress practices the religion outwardly, it may not be quite far-fetched to see that she is weighed and measured by the standards of the religion.

The other side of the argument is that work is work and faith is faith. Did Ms. Sadau, in the pursuit of her professional endeavours as an entertainer do wrong by agreeing to be featured in the video?

Ms. Sadau has since released a statement apologising to those who may have been offended by her appearance in the music videos. 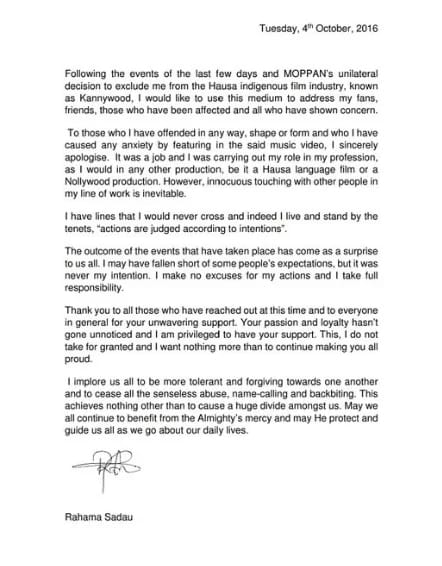 Is the advancement and progress of the entertainment industry being stunted in Northern Nigeria because of things like this?

There’s nothing being said about ClassiQ, the artist behind the music video; neither are there any sanctions being meted out to him. In fact, his music is getting more views on YouTube as a result of the controversy surrounding Rahama Sadau. This is very sexist and further propagates gender inequality in Nigeria.

Where do we draw the line? Or is this perceived immorality in the entertainment industry only permitted in the south western part of Nigeria? What is the effect of the this position on the economic potential in Northern Nigeria?

Onyinye O: I Forgot to Forget You