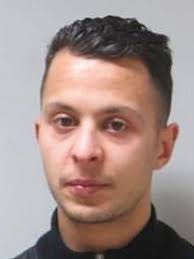 Lawyers for the suspected Islamist militant who killed 130 people in Paris in 2015 on Wednesday resigned from the role, saying his continued refusal to testify was due to the conditions of his detention.

“Salah Abdeslam, who has been held in solitary confinement near Paris since he was captured earlier this year, does not want to talk, and no longer wants legal representation.

We are convinced, and he told us so, that he will not talk and will use his right to remain silent.

What can we do, I have said it from the beginning, if my client remains silent, I drop his defence,” his lawyers Frank Berton and Sven Mary said.

Berton said that Abdeslam was refusing to talk because of the 24-hour-a-day camera monitoring in his high-security jail, conditions which the lawyers have repeatedly tried and failed to get changed.

“We have seen him slide away. Being watched all the time, with infrared at night, that drives one crazy, and that is a consequence of a political decision (to put Abdeslam on continuous monitoring),” he said.

Abdeslam’s Belgian lawyer, Sven Mary said the solitary confinement was causing him to clam up.

French authorities suspect Abdeslam, who fled the scene but was captured later, of playing a part in the organisation of the multiple machine guns.

He was also alleged of suicide bomb attacks on a music venue and bars in Paris and at a football stadium on the edge of the city.

Abdeslam had been spirited out of France and back to Belgium, his country of residence, by car in the hours after the attacks.

He was captured in Belgium and shipped to France earlier this year.

Related Topics:Salah Abdeslam
Up Next