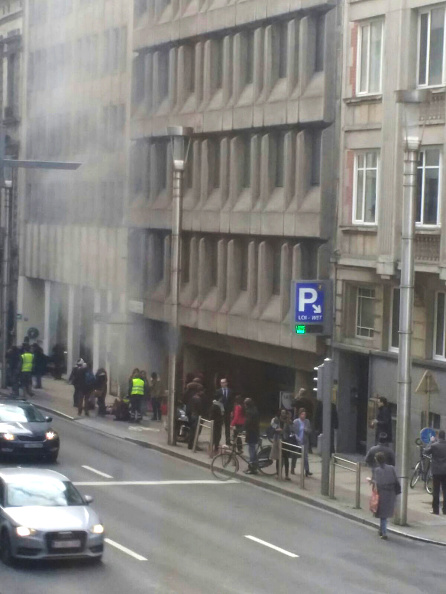 A picture taken on March 22, 2016 shows smoke rising from the Maalbeek underground, in Brussels, following a blast at the station close to the capital’s European quarter.
The Brussels metro service was being shut down on March 22, its operator said. The measure came after a rush-hour explosion at Maalbeek station with TV images showing black smoke pouring from the station entrance.
SEPPE KNAPEN/AFP/Getty Images

There have been a total of three explosions in Brussels, Belgium today which have killed about 28 people, and left at least 55 injured.

Two of the explosions rocked the Zaventem Airport, Tuesday morning, with the third hitting a Maalbeek subway station 400 metres from European Union headquarters. 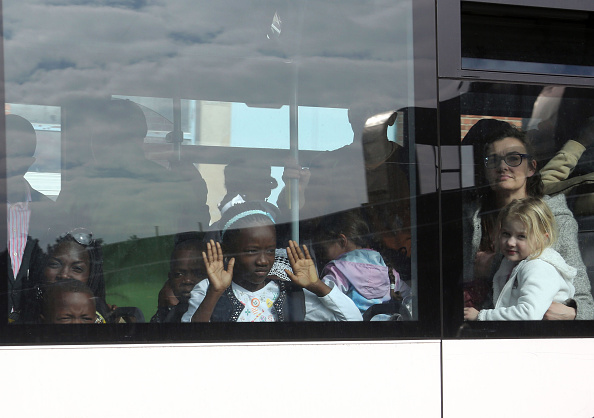 BRUSSELS, BELGIUM – MARCH 22: Crew and passengers are evacuated by bus from Zaventem Bruxelles International Airport after terrorist attacks on March 22, 2016 in Brussels, Belgium. At least 13 people are though to have been killed after Brussels airport was hit by two explosions whilst a Metro station was also targeted. The attacks come just days after a key suspect in the Paris attacks, Salah Abdeslam, was captured in Brussels. (Photo by Sylvain Lefevre/Getty Images) 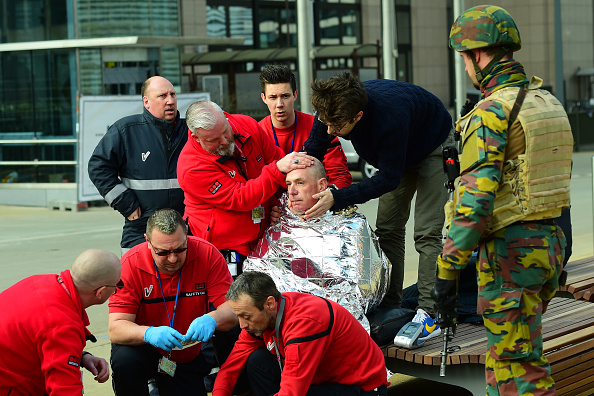 A victim receives first aid by rescuers, on March 22, 2016 near Maalbeek metro station in Brussels, after a blast at this station near the EU institutions caused deaths and injuries. AFP PHOTO / EMMANUEL DUNAND / AFP / EMMANUEL DUNAND (Photo credit should read EMMANUEL DUNAND/AFP/Getty Images)

According to Aljazeera, the Belgian federal prosecutor has said that the attack on the airport was a suicide attack.

Belgian interior minister has raised the country’s terror alert to the highest level and told the public to stay wherever they are.

Local media say the airport blasts occurred near American Airlines counter, where hundreds of people were checking in. It was also reported that shots were fired before the explosions.

This is coming barely four days after prime suspect of last November’s attack on France, Salah Abdeslam was captured in Molenbeek.

Related Topics:#BrusselsSalah Abdeslam
Up Next

Cha Ching! Netflix to Pay over $90 Million for a New Will Smith Movie | Get the Scoop

Take a Break this Easter!