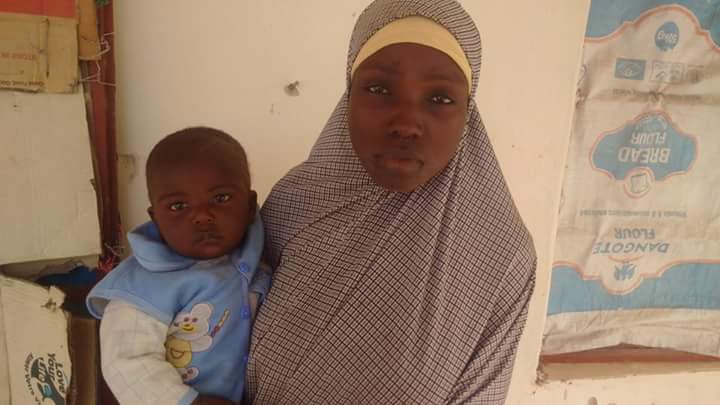 President Muhammadu Buhari on Saturday saluted the efforts of the Nigerian Army for rescuing another Chibok schoolgirl.

Via his Twitter handle, Buhari commended the soldiers for their gallant efforts to secure the people and territory of Nigeria, describing them as the nation’s heroes.

I’ve received the heartwarming news of the rescue of another of our Chibok Girls, by the Nigerian Army.

I commend our troops, who continue to work gallantly to secure the people and territory of Nigeria. You are our heroes.

No man, woman, or child will be left at the mercy of Boko Haram. This has always been our promise, and we fully intend to keep it.

The Army on Saturday handed over Maryam Ali Maiyanga, the Chibok girl, with her 10-month-old son, to the Borno Government after they were rescued in Pulka, Gwoza Local Government Area.

Maj-Gen. Lucky Irabor, the Commander of 7 Div. of Nigeria Army, Maiduguri, announced the development in Maiduguri.

At about 6 a.m., while screening some escapees from Boko Haram terrorists’ hideout in Sambisa Forest, we discovered one of the abducted Government Secondary School Chibok girls, named Maryam Ali Maiyanga, among them.

“She was discovered to be carrying a 10-month-old son, named Ali.

“She revealed to us that her husband, who is the father of her child, was killed by Boko Haram insurgents during one of the military operations in Sambisa Forest.

“The Nigerian Army felt very elated because the desire of any army officer in operation Lafiya Dole is to make sure that every person that is held hostage by the Boko Haram insurgents is rescued.

“We are hopeful that all the other captives would be released. This has come and it has strengthened our hope that the rest would be rescued,” he said.

Maryam was among 219 girls who were kidnapped in Government Girls’ Secondary School, Chibok, Borno, on April 14, 2014.

The government recently negotiated the release of 21 others, while another escaped from captivity with her baby earlier.