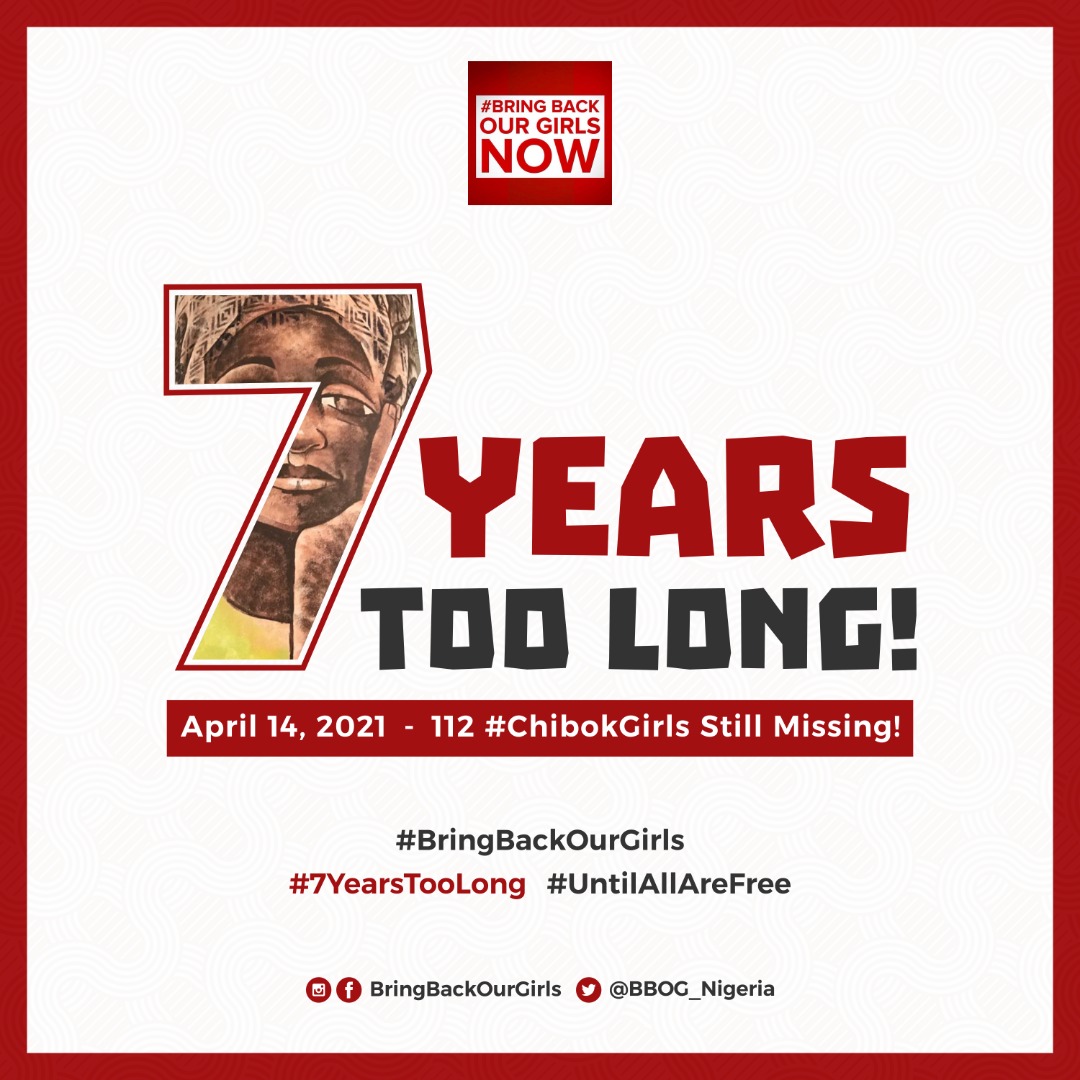 As the dreadful seventh anniversary of the abduction of 276 schoolgirls from Government Secondary School, Chibok in Borno State approaches, our hearts remain shattered.

The parents, relatives, and supporters of the 112 missing Chibok girls are saddened, dismayed, and distraught to learn that their cries have gone unheard for seven years; for seven years, the children of the rich and elite have risen in opulence and pleasure while their beloved girls remain in captivity, coerced into lives of unthinkable cruelty and privation.

“Even as we observe that other atrocities against Nigerian schoolchildren and students assault the sensibilities of Nigerians, and those children are returned to their families; the fate of our missing 112 Chibok Girls and the continuing trauma of Chibok parents and their communities are slipping from public consciousness and are no longer a priority for the Federal Government of Nigeria,” the statement says.

From April 14, 2021, a series of events will be held in Lagos, Abuja, New York, and Chibok to commemorate the seventh anniversary of the abduction. They will showcase the stories of Chibok families whose lives have been broken for seven years as they confront the crushing truth of their government’s neglect at these events. 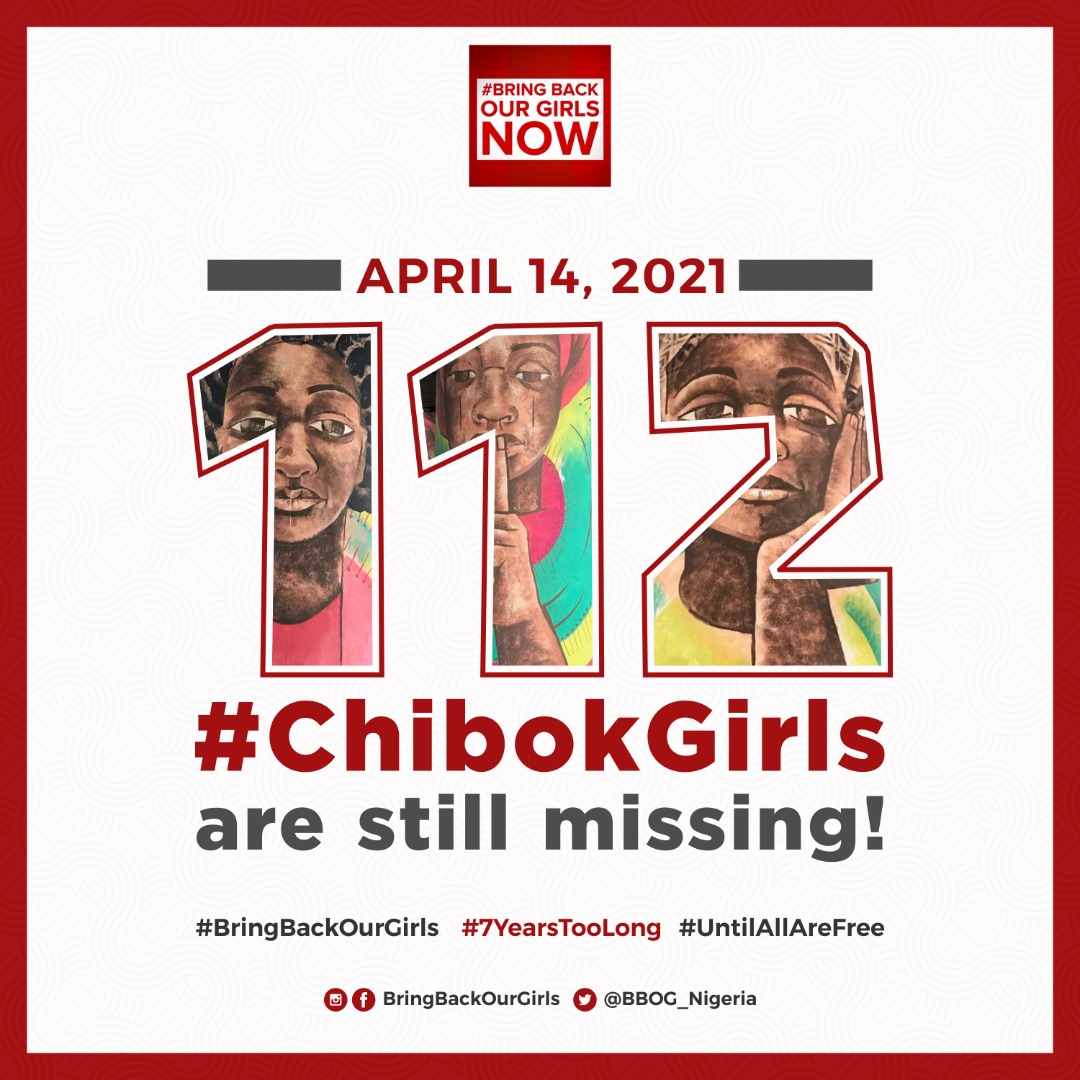 This is to remind President Muhammadu Buhari of the statement he made at his inauguration in 2015:

We cannot claim to have defeated Boko Haram without rescuing the Chibok girls and all other innocent persons held hostage by insurgents.

“But the actions – or rather, the inaction – of the Federal Government over our daughters in repeatedly claiming that the terrorists have been defeated even though our girls remain in bondage, is a painful reminder that this administration does not value the lives of our precious girls. They have been abandoned by the government that is supposed to protect them and promised to do so,” the statement adds.

What has happened to the returned girls of Chibok?
Some of them appear to be fine.
Some are at home and refuse to return to school.
Some have married.
Some feel that education will not afford them an advantage.

What has happened to the families of the girls that have yet to be returned?
All are heartbroken.
Many have died, even in recent days.
Many are very sick.
All want answers.
All feel the government is not hearing them, that their cries are falling on deaf ears. 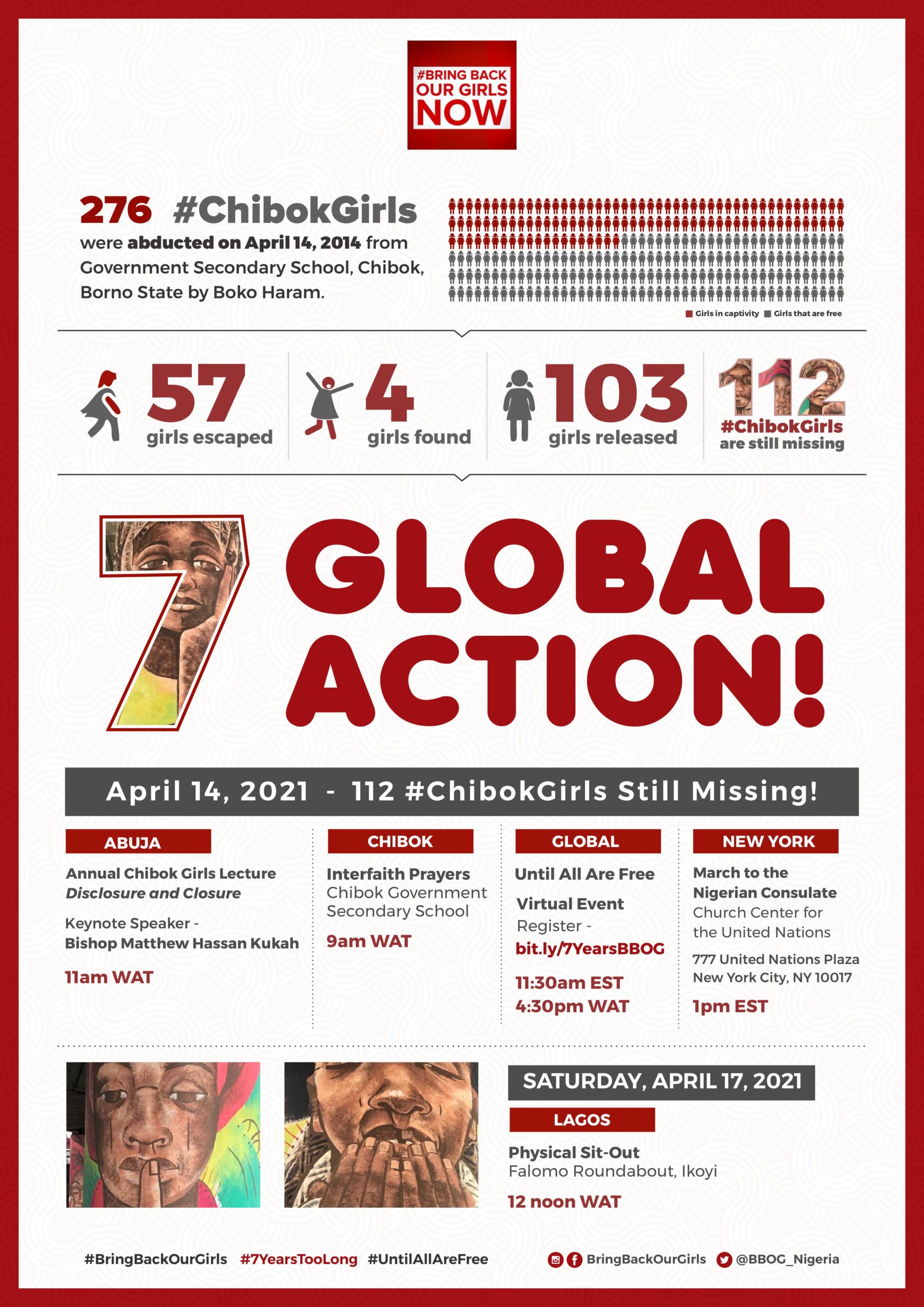 Their Demands: SEVEN at SEVEN

They are calling on the Federal Government of Nigeria to take these seven actions NOW!

To this effect, BringBackOurGirls Global is launching a renewed global campaign to bring back the 112 Chibok Girls: “Until All are Free.”

Over the next six months, BBOG Abuja, BBOG Lagos, BBOG New York, and other BBOG groups around the world will come together to push for the logical end to seven years of advocacy, namely the final return of the 112 Chibok Girls who are now young women. They will seek international support and call upon international bodies and governments to ensure that the Nigerian government keeps its promise to Bring Back Our Girls.

We are tired, we are weary, we are heartbroken, but we are not deterred. We will never give up fighting for our girls until they are all free.

SIGNED For and on behalf of BBOG Abuja, Lagos & NY