Suhaib Mohammed: 5 Grammar Goofs (And How to Avoid Them) 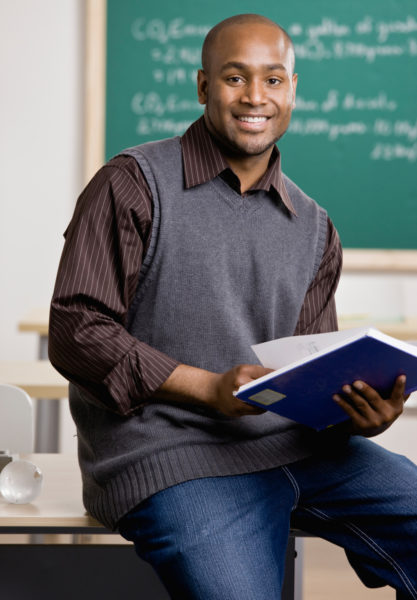 Let’s face it: English grammar is tough, especially for us – the non-native speakers. While it’s forgivable to make one or two errors when speaking in your community, chatting with friends on Facebook, or writing an email to loved ones, it’s a capital crime to write a bad grammar for your readers or clients. It will cost you lifelong negative feedback, and tarnish your credibility in the marketplace.

After a bit of research, beginning with myself, I gathered 5 common grammar mistakes that we often make when writing. I’ll also share tips on how to avoid them.

Dangling Modifiers
A dangling modifier is one of the grammatical blunders which we repeatedly make when writing. Because some of us don’t know the rules, we often overlook it and end up writing silly sentences, that leave our readers dangling in the middle of nowhere.

A dangling modifier is a word, phrase, or participle that fails to logically connect to the words it intends to modify. Let’s look at the following examples:

Sentence B is the correct one because the phrase: “after reading much about freelance writing,” is logically connected to the pronoun:  “I find the business profitable.”

But in the case of example A, there is no logical connection between the phrases: “After reading much about freelance writing…” what happen afterward? The loyal reader is left confused here. Who finds the business profitable? It seems that no one finds anything because the sentence didn’t modify the right phrase.

Tip: Always ask the question who? And place your answer immediately after the phrase.

Back to our question: “he has arrived” or “he arrived” – which one is correct?

“Has” and “Have” are present perfect tense. Arrived is past tense.

Tip: Use present perfect when:

Example: He has finished his exams a long time ago (we don’t know when).

Example: He has arrived. (Meaning he has (just) arrived; new information).

Use past tense when:

Example: He finished his exams on Friday (we know exactly when – on Friday).

A Computer or The Computer?
I often see people putting an “a” in place of “the” on Nairaland. Understand that both “a” and “the” are determiners, and in English language, countable, singular nouns have to carry determiners.

So in this case, you can say either a computer or the computer, depending on what you want to say.

Use the indefinite article – “a” if you don’t want to be specific. If you say a computer, this computer might be any computer in the café, or because you never mentioned it before in your conversation.

That, Which, and Who
Seriously? What‘s the difference? Before I started writing, I thought you can use any of these as you wish… I was wrong.

Tip: “Who” is always used when referring to people.

That and which are used to refer to inanimate objects.

A restrictive clause is very important to a sentence – if it’s removed, the sentence will change.

See? The clause “which are everywhere in Northern Nigeria,” doesn’t change the sentence. You can remove it, and the sentence will still make sense.

Tip: Double check the subject of your sentence to know if it’s introducing people or objects, and use the pronouns where necessary.

Advice or Advise?
Sometimes, even native speakers slip on this one. I have since included it in my proofreading list to make sure I get it right anytime I’m writing. Let’s get the tricky words straight:

Advice is a noun meaning a suggestion or recommendation to a beneficial course.

Advise, on the other hand, is a verb, meaning to offer somebody a suggestion – to advise someone.

Tip: I advise you to take a test on these tricky words, and read more examples, along with other grammar advice, to improve your English.

These are some of the common grammar mistakes that make your writing look silly. But make no mistake: with learning comes perfection. If you can devote 30 minutes to an hour every day, you can polish your grammar and perk up your credibility in the marketplace.

Do you make these 5 mistakes when you write? Are there other grammatical difficulties you’re struggling with that are not mention here? Share with us in the comments below.

Related Topics:CademicaEnglishGrammarSuhaib Mohammed
Up Next