For Failing to Provide for Christmas Celebration, Woman Allegedly Stabs her Husband to Death in Lagos 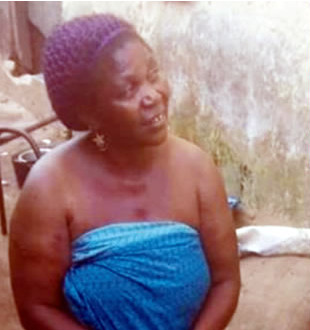 A Christmas Day tragedy occurred on London Barber Street, Majidun, in the Ikorodu area of Lagos State after a woman, Christiana Odo, allegedly killed her husband, Rominus, because he said he didn’t have money for food for the celebration.

When Christiana asked for the money, Rominus turned her down. This led to a fight, and she picked up a kitchen knife and stabbed her husband to death.

The case was reported at the Owode Onirin Divisional Police headquarters by the landlord.

“The woman asked the man for money for food, but the man turned her down, saying he didn’t have money. This led to an argument and the man hit her. They fought and the woman, in anger, went into the kitchen and got a knife with which she stabbed him to death. What attracted neighbours was the man’s scream for help as he was drenched in blood. The woman said it was not intentional,” a police source told PUNCH.

The Lagos Police Public Relations Officer, SP Dolapo Badmos, who confirmed the incident said that the suspect has been arrested and the corpse has been deposited in the Ikorodu General Hospital’s morgue.

She added that the case has been transferred to the State Criminal Investigation and Intelligence Department (SCIID), Yaba for further investigation.

Chapecoense Airplane Crash: “No technical-factor was part of the accident, everything involved human-error,” Authorities Say