Ms. Elle: I Was Abused 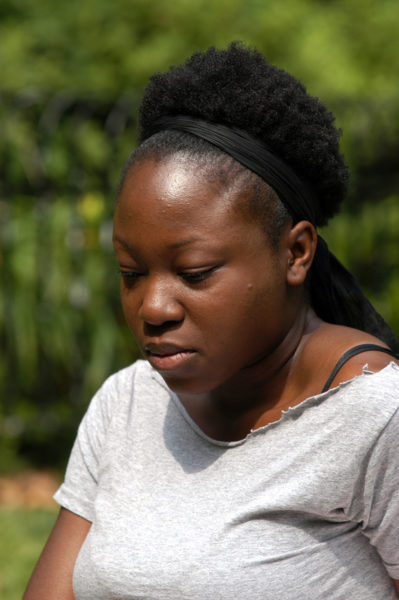 This is the story of how I was emotionally and psychologically assaulted by my supervisor. I write this narrative at a time when I am in a good place. I finally opened up to my family and thankfully they did not castigate me, as I thought they would. I have also asked God to forgive me if I played any role in encouraging it. It all started when my married supervisor made sexual advances towards me during a field trip which required a sleepover in the field.

When I was first introduced to my supervisor – let’s call him Dr. A – I was fascinated by his achievements. I found he had a lot of publications in reputable scientific journals and I was quick to judge him as hardworking, talented and focused. I admired his work ethic and felt blessed to have a supervisor who was research oriented and was interested in his student’s work. He was married with kids, so I admired that he was an all rounder who could balance work-family life. I was completely blindsided regarding his other side because I only saw good in him and talked a lot about him to my family. Everyone at home liked him and was happy for me. My bubble burst after some 18 months of working with him during that field trip.

Dr. A deceived me and convinced me that it would be better if we shared a hotel room just to save cost. He said that he and a female colleague had once shared a room to save cost during a trip abroad, that it was all to save cost. Let’s just say I was gullible. Sadly, he changed during that trip and I saw another side to him. After we checked in the hotel, he came across and hugged me tightly and lingered for like a few seconds. I knew it was inappropriate and I was shocked, just staring. I remember him saying my work was progressing and that I would get my doctorate soon and he was smiling sheepishly. At that point I felt trapped, like how did I allow someone deceive me at this point in my life.

I guess he decided to respect himself when he saw I wouldn’t oblige him. It was very late at night and I was in unfamiliar terrains with no money to escape. I remember cringing to a corner of the bed and sleeping with one eye open. I was up by 4am and we set out around 5am. I didn’t talk about it; I chose to forget it because I felt so guilty knowing his intentions weren’t clean towards me and I felt like an accomplice.

I later came to know that not speaking up is a very dangerous thing because it affects you especially mentally and emotionally and things can only get worse. That was the beginning of my troubles with my supervisor. Because I chose to keep quiet and pretend that his inappropriate hug didn’t happen, he started to demand to see me more. At first I didn’t know that was what he was doing. He would tell me he preferred to attend to students in the evenings after work. I didn’t realise it was a trick to get close to me. I lived in a campus hostel so it was easy to show up anytime he sent for me.

The next time I saw him after the field trip he attempted to hug me again and tried to kiss me. I remember deflecting my face, shifting away from the embrace and asking ‘sir, hope you are not having feelings towards me’. He asked me, ‘what about you’. I told him, ‘sir, you are my mentor, you are married’. Then he went on about how I was his friend, his confidant, that marriage didn’t stop him from doing anything, that he had had extramarital relations in the past, that he wasn’t a saint… bla bla bla. I guess I shot myself in the leg by not speaking up the first time. Again, I felt so guilty like the devil’s advocate.

Had my morals dropped so much that I could tolerate such abominable behaviour and not admonish it immediately? Was I afraid that if I spoke up he would hate me and use it against me to stall my progress? I was raised a stern, conservative girl and I had encountered wayward married men accost me during my NYSC, and I would bluntly tell them off daring any consequences. So why was it so hard to tell this predator off and report him? I don’t know. Perhaps I was timid. Perhaps I blamed myself and felt it was my fault. He always made me feel grateful for whatever form of assistance he rendered regarding my research progress which in the real sense is his obligation to his student. After the second harassment in his office, I sought counsel with my spiritual adviser, who said I should write him a letter if I couldn’t confront him in person, documenting how I am not a party to such behaviour and will prefer a professional work relationship from him. I did that and Dr. A said sorry, saying all he wanted was for me to grow professionally and get my doctorate.

I guess it was one of those things I thought I could handle myself. I thought I was being diplomatic, mature and emotionally intelligent. I thought that by writing that letter I had put him in check but I was wrong. What came next were bouts of aggressiveness from him. He would complain about everything I did. If I didn’t tell him before going to field, he would complain and torment me psychologically. I would worry and worry thinking what did I do wrong. If I didn’t ask him about work or something he had told me about, he would complain. He always found fault in everything I did even when I knew I didn’t do anything wrong.

His behaviour was contradictory and I would say psychotic, as he would still want to be close to me, telling me all sorts of inappropriate things and because I didn’t want to offend him, I would just keep quiet and hear. The one time I told him to stop telling me things he wasn’t supposed to tell me, he said I was rude and that I should be careful, that such behaviour can affect me even in marriage. Imagine him trying to give me marriage advice. I would shake my head internally. He would say he didn’t have anyone to talk to, and would talk negatively about his wife. I guess he thought it was okay to say such offensive things to me because he knew I was a mumu who would keep quiet no matter what.

He would ask me personal questions and I would stupidly answer. He would always want to hug me and when I told him to stop hugging me he was angry with me. In spite of all these, I still tried to respect him, I worked for him and still called him sir to maintain professional barriers, but deep down I knew better than to respect or trust such a vile human being. I was never truly happy; I was depressed and always wore an unconscious frown. I always felt guilty, confused, ashamed, and afraid. Many times I couldn’t concentrate on my research because I was constantly worrying.

This abusive behaviour spanned for two years until I couldn’t keep it to myself anymore. I garnered boldness to first block him from all social media platforms. After noticing he wasn’t picking my calls anymore I knew the battle had begun. I told my mum and from there my dad and rest of my siblings knew. They were so angry with him because all this while I had only said good things about him. Then they were angrier with me for not trusting them enough to talk to them and bottling up so much inside. I felt a lot of relief telling them. They encouraged me to report to my senior professor in the department if he tries such behaviour again.

Meanwhile, I later confronted him verbally for the first time and he accused me of being rude again but this time I didn’t apologise for it. I have cut off all social contact so I only communicate by SMS or if he calls. I do not go to his office for unwarranted reasons any longer and I make more excuses to be far away from him as possible.

The day I report Dr. A is approaching and will probably make for another article but for now I am happy, I have reconciled with God and my family. I do not blame myself anymore for another person’s shameless behaviour. I will not tolerate such abominable behaviour ever again. I am bolder and will not worry about being rude because I have a right to be. I do not even care anymore if my programme is affected. Perhaps this was not the right place to get a doctorate after-all as I believe I have more potential than this school deserves, but I have come far and won’t let someone bully me out of the programme.

I thank God that the predator never had his way with me but I must say the psychological/emotional trauma ran deep, it was difficult to ease. I am still living and learning, and my story is still being written.

Is there anyone with a similar experience? How did you overcome abusive, manipulative and predatory seniors?

***image used for illustrative purposes and not of the writer

Ask Shade about Trusts: My Parents Left Me Too Much to Handle

BN Making It!: Ditching the Wig for the Apron…Find Out How Business Savvy Muna Okam of Chloe’s Cupcakes Bounced Back After the Demolition of her Store

Ms. Elle is a scientist by day and an aspiring relationship and lifestyle writer by night. She enjoys listening to people's stories, public speaking, traveling and catching bugs.. She likes staying optimistic and plans to launch her own website someday. You can reach her via email, [email protected]"