Gambia: Sixth Minister Resigns as President Jammeh Instructs Pilot to Be on Standby 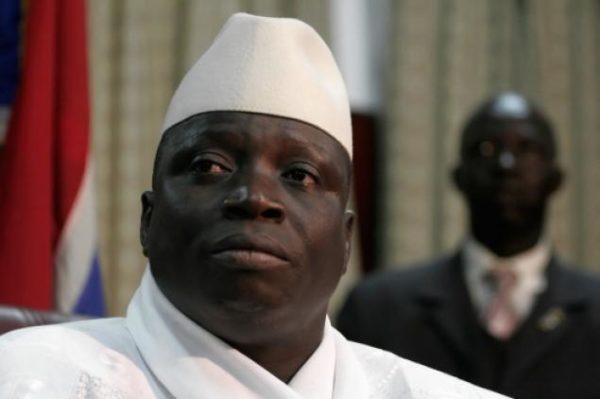 Gambia’s tourism and culture minister on Tuesday said he will step down, in what was a sign of dwindling support for Gambia’s outgoing president, Yahya Jammeh, who refuses to recognise his loss in a recent election.

Benjamin Roberts is the sixth member in the incumbent president’s cabinet to resign in less than 48 hours, following the ministers of trade, foreign affairs, finance, environment and sport.

Observers believe the resignations showed that Jammeh, who ruled Gambia for 22 years with an iron fist, is increasingly politically isolated.

The 51-year-old autocrat refused to accept the result of the December 1 election, which saw him lose power to Adama Barrow, a real estate mogul little known before his candidacy.

Barrow, who is scheduled to be sworn in as president on Thursday, fled Gambia to the Senegalese capital, Dakar, amid fears of violence on Saturday.

According to Gambian journalists, Jammeh has already cleared the airport and instructed the pilot to be on standby.

Jammeh also announced a “State of Emergency” as the date for the transition of power draws nigh. 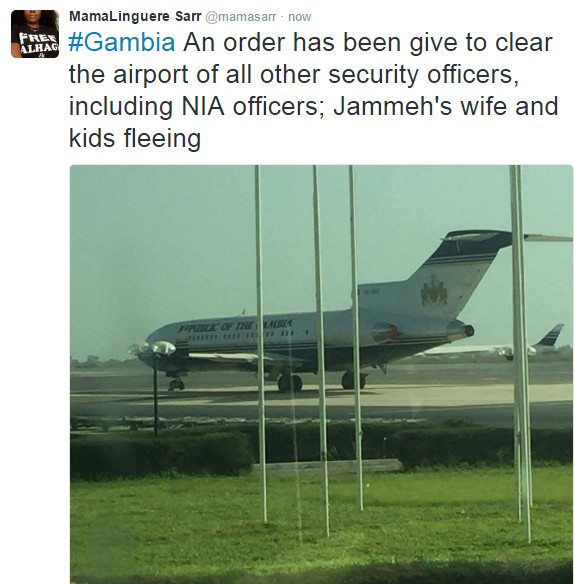 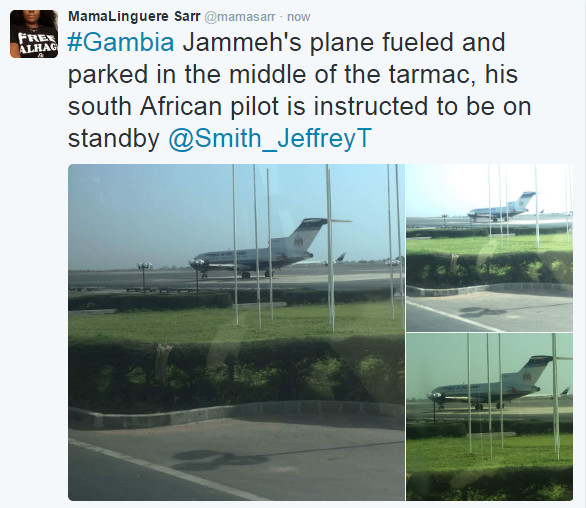 Senegalese President, Macky Sall had accepted to host Barrow at the request of the Economic Community of West African States (ECOWAS) after repeated attempts failed to convince Jammeh to cede power.

ECOWAS also pledged to send troops to ensure a peaceful transition of power.

On Monday, Gambia’s Supreme Court postponed, for the second time, a petition Jammeh filed to challenge the presidential election.

The court has been dysfunctional since Jammeh fired several of its judges in mid-2016 and could only sit if judges are flown in from neighbouring Nigeria or Sierra Leone.

The U.S. has also warned Jammeh, saying he is losing opportunities to peacefully handover to Barrow and avoid the consequences of his actions.

Both the African Union and ECOWAS have said that Jammeh will cease to be recognised as Gambian President from the date.

Spokesperson of the U.S. Department of State, John Kirby, said at a press briefing on Tuesday that Jammeh was putting his legacy and The Gambia in peril.

“President Jammeh is losing opportunities to respect the will of the Gambian people and to peacefully hand over power to the president-elect, which is supposed to happen on Thursday. Doing so would allow him to leave office with his head held high and to protect the Gambian people from potential chaos. Failure to do so will put his legacy – and, more importantly, the Gambia – in peril, and we have been clear about this,” he said.

According to him, the accusation by Jammeh of external interference in The Gambia’s internal affairs is not tenable.

“I don’t know what interference he’s referring to, but we obviously want to see The Gambia succeed. And we want to see the president-elect properly installed and to have in place a government, which is responsible for and responsive to the needs of the Gambian people.”

The U.S. had on Friday, indicated support for ECOWAS to take all necessary action on Jammeh if he fails to handover to Barrow.

The U.S. had regretted that Jammeh’s action had made the situation in The Gambia to become “very uncertain”.

“We call on President Jammeh to listen to his own people, to listen to the Gambian people who have clearly called on him to accept the results of the Dec. 1 election.

“And to again agree to what he already agreed to, which is a peaceful handover of power to President-elect Barrow.”

Kirby, however, said the U.S. “believes that ECOWAS can certainly play an important role in providing security and addressing some of the concerns that there could be violence around the transition”.

He also said that the U.S. was not ruling out its support to a military action, saying: “We do, and I’m not trying to back away from that in any way, shape, or form. I just would say that we do, obviously, support ECOWAS as a force for peace and security in the region, and specifically in The Gambia. Well, again, I don’t want to speak to what possible actions they may take. I don’t want to get out in front of those decisions,” he said.