"I have received threats of violence as well as limitless insults" - Gov. Ajimobi's daughter, Ajibola Ajayi denies Reports of her Lashing Out at LAUTECH Students 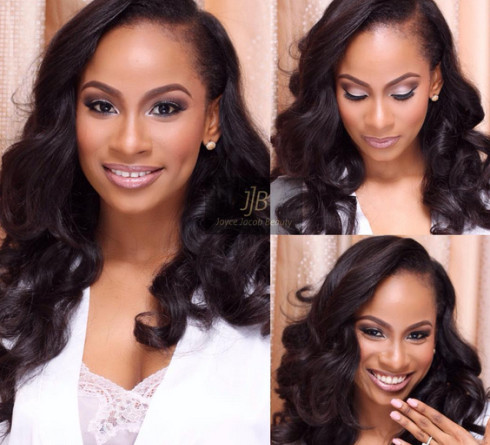 In the last 48 hours a few publications have alleged that Gov. Ajimobi‘s daughter, Ajibola Ajayi, formerly known as Ajibola Abiola Ajimobi, commented on the dispute between LAUTECH students and the Oyo state Governor.

According to her team, the stories published are untrue. Ajibola Ajayi has now issued a press statement addressing the situation.

See her statement below.

My attention has been drawn to a series of publications on social media and the Internet at large, which claim that I, Mrs Ajibola Ajayi (formerly known as Miss Ajibola Abiola-Ajimobi) “lambasted” and “lashed out” at LAUTECH students calling them “a manner less generation … on my instagram page”.

I wish to state that this story is completely false. It is malicious and willfully targeted at maligning and marring my character. This is an example of irresponsible journalism that has now incited hatred and violence against my husband, my children and myself. Over the last 48 hours my reputation has been tarnished and my family and I have been subjected to cyber bullying and harassment. I have also received threats of violence as well as limitless insults as a result of this false publication.

This has now spiraled out of control hence I feel the need to publicly address it since I have received numerous calls from various people, including friends, family members, colleagues and clients.

I wish to further state that the instagram page referred to as “conceited_csj” through which it was alleged that I made the purported statement does not belong to me. Having once been a student myself, I am sympathetic to the plight of the LAUTECH students and empathize with them.

It is unfair that people would publish stories without establishing the authenticity or verifying the truthfulness of the stories they are publishing.

Lastly, I would like to reiterate that this false story, and the resulting negative comments on various social media platforms have brought my husband and I enormous distress.