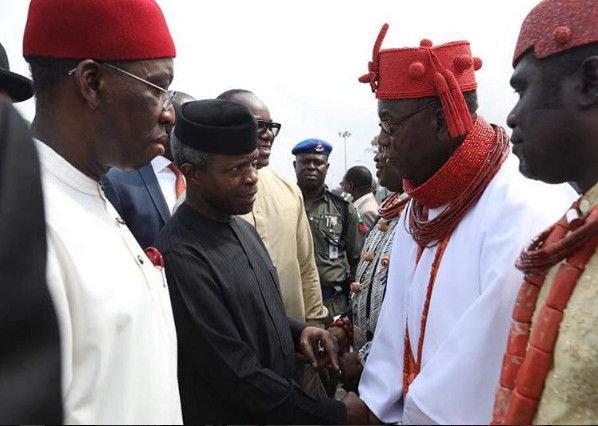 Vice President Yemi Osinbajo has called for synergy among federal, state governments and civil society organisations to solve the numerous  challenges in the Niger Delta region.

The vice president who was on a fact-finding visit to some states in the Niger Delta said that the Federal Government alone could not solve all the problems in the region.

Osinbajo and his entourage were received by the Pere of Gbaramatu Kingdom, Oboro Gbaraun 11.

He advised governors in the region to made sufficient provisions in their annual budgets for the development of the region.

He said that the Niger Delta Development Commission and other commissions set up by government had not met their mandate.

“The Federal Government cannot solve the problem of Niger Delta alone,  it required the collaboration of the state,  National Assembly and CSOs,” he said.

The vice president also inspected the temporary site of the Maritime University in Kurutie, a stone thrown from Oporoza.

Gov. Ifeanyi Okowa of Delta who was on the entourage, said the visit would bring changes to the region.

“I urged you to give peace a chance to bring development to our region,” he pleaded with Niger Delta youths.

The President of Ijaw Youth Council, Eradiri Udens, who spoke, assured that the Ijaw Youths would work with President Muhammadu Buhari-led government.

“This visit is a confidence building visit, we will work with President Buhari,” he said.

On the entourage were Dr. Ibe Kachikwu, Petroleum Minister (State), Senator James Manager, among others.

Osinbajo also toured the site of the proposed Maritime University, and had a meeting with traditional rulers in the region. 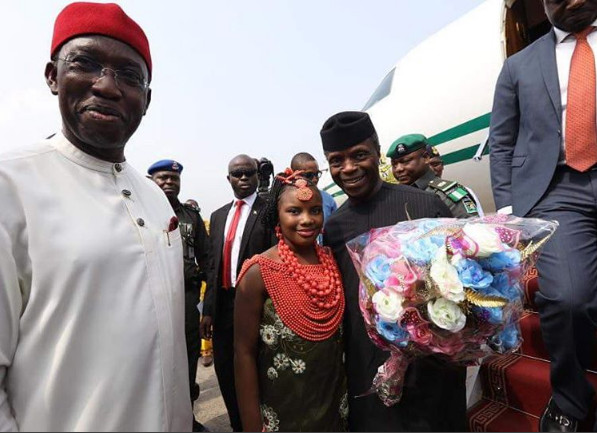 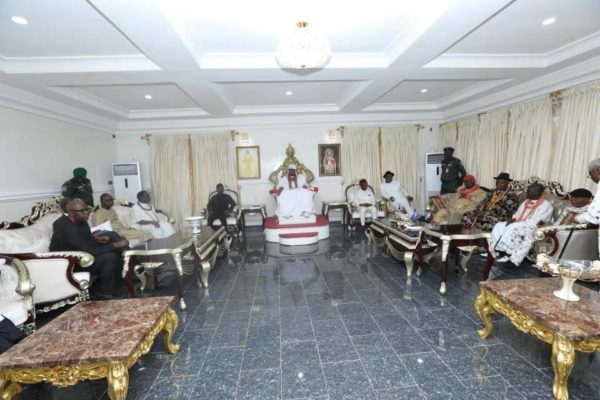 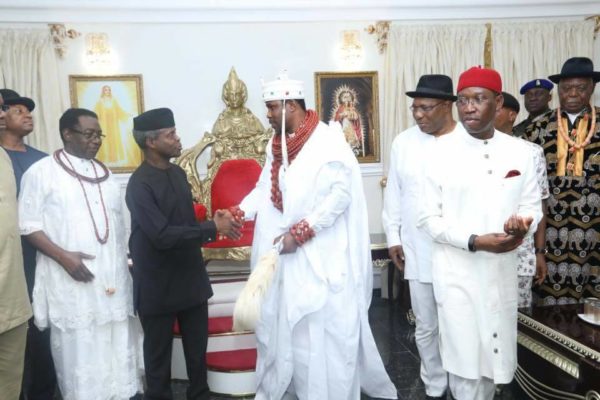 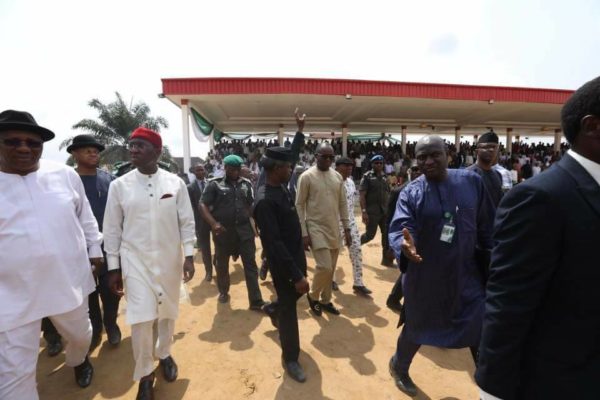 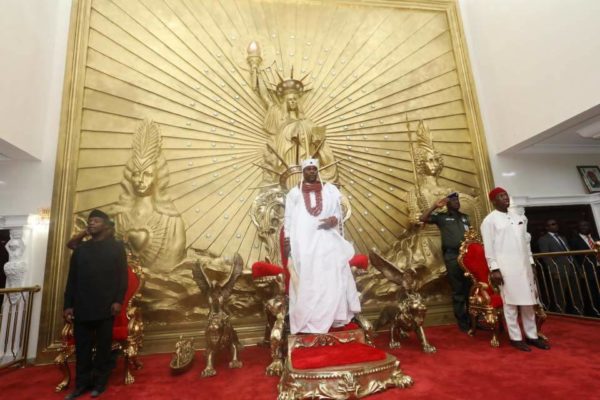 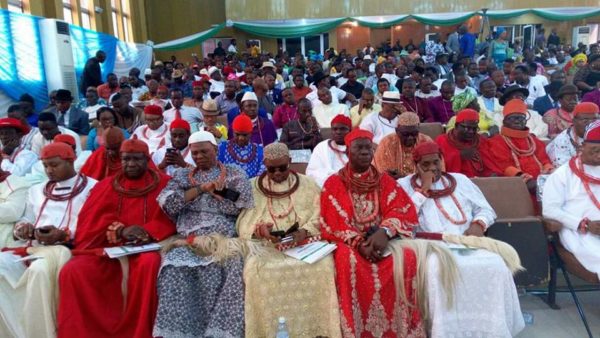 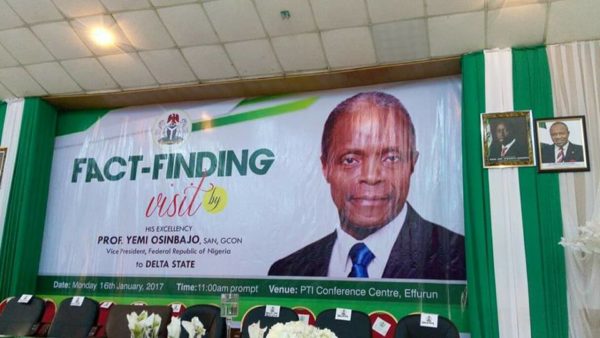 “I have received threats of violence as well as limitless insults” – Gov. Ajimobi’s daughter, Ajibola Ajayi denies Reports of her Lashing Out at LAUTECH Students