Forty fifth president of the United States of America, Donald Trump has responded to the worldwide #WomensMarch which took place in several cities on Saturday, January 21.

Trump took to his Twitter handle on Sunday to say:

“Watched protests yesterday but was under the impression we just had an election! Why didn’t these people vote? Celebs hurt cause badly”

The president also tweeted that he recognised the rights of people to protest and express their views. 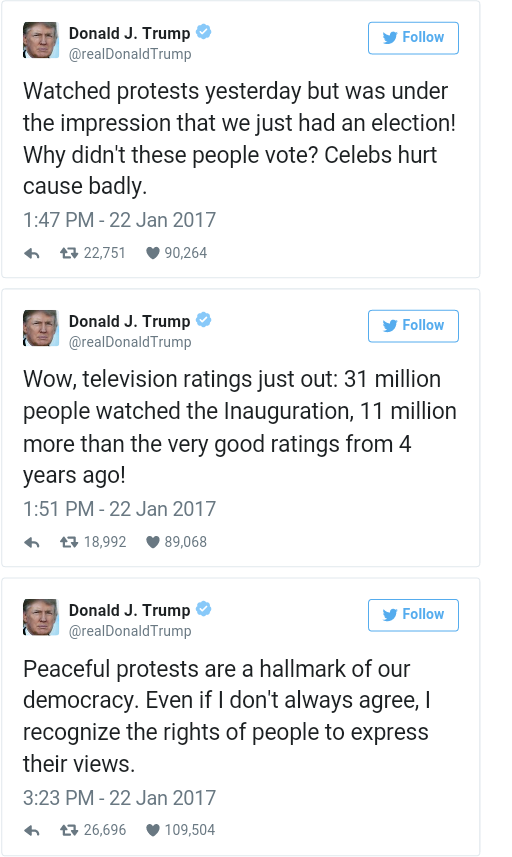 Related Topics:#WomensMarchDonald Trump
Up Next