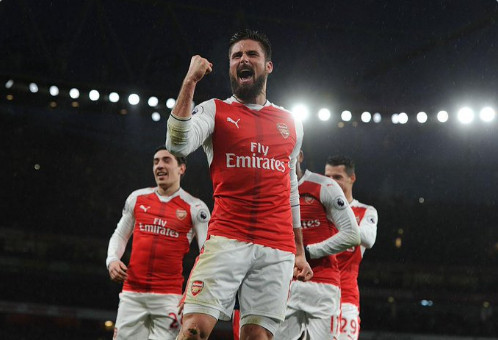 In just the first day of year, this goal from Arsenal’s Striker Olivier Giroud is already being called the ‘Goal of the Year’.

Seeing the goal, you wouldn’t disagree. It also earned the 30-year-old the name, Scorpion King.

Arsenal manager Arsene Wenger  who spoke after Sunday’s 2–0 win over Crystal Palace, suggested that it could be remembered as the Giroud goal that nobody will forget.

He said that the reflex necessary to convert a back–heel strike into a goal, transformed the movement into art, adding that it is one of his top five strikes since he became Arsenal’s manager 21 years ago.

Giroud however qualified the goal as sheer luck. Luck or not, that goal was astonishing!

See some comments on the goal. 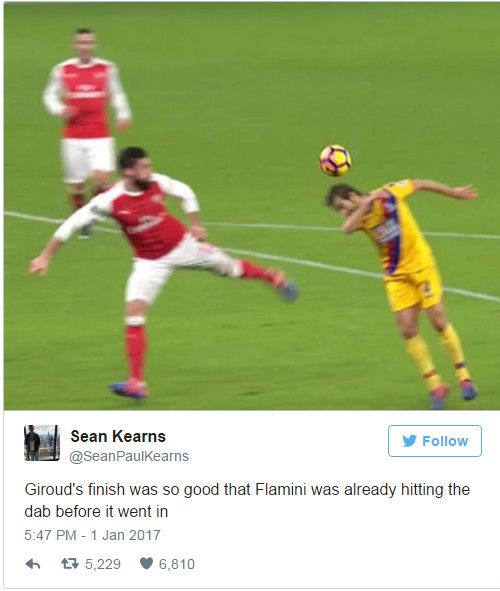 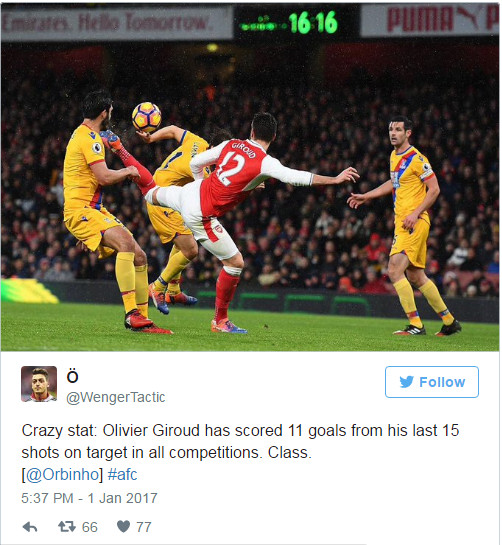 It is also being compared with Manchester United’s Henrikh Mkhitaryan‘s goal against Sunderland on Boxing Day.

“I know things that other people don’t know…. You’ll find out on Tuesday or Wednesday” – Donald Trump on Alleged Russian Hacking