As we settle into the new year, Sharon Ooja Egwurebe, Chike Osebuka and Adenike Adegboyaga are three people we look forward to seeing more of through our televisions and social media as they cover Guardian Life magazine’s “Sparkling into the New year – The new Faces of 2017” edition.

The Guardian Life magazine had a brief conversation with each of them, talking more about how they have come into the limelight, the projects they are working on and where they think the future will take them. 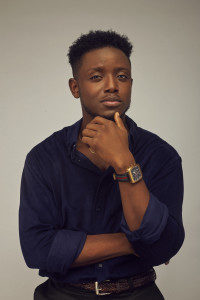 Chike Osebuka, who is known for his outstanding performance as the first runner up on The Voice Nigeria, is still recognized as a breakout star and a face to look forward to in this new year.

According to the 23-year-old, music has always been a part of his life since he picked it up ‘subconsciously’. The singer who believes firmly in following ones dreams stumbled upon The Voice auditions.

After a brief and detailed conversation with the Guardian Life, they found out about his obsession with humming and Indomie.

As Chike looks back on his year, he talks about his notable achievement being not only partaking in The Voice Nigeria but also being much bolder than he has ever been. 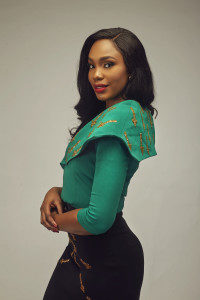 As a fresh-faced Northerner, Sharon moved to Lagos five years ago, from Kaduna. Although the actress is still new to Nollywood, her character in the show is quite remarkable for its insight into the lives of 22-25-year-old girls in Nigeria.

Sharon credits God with her rise to fame, as her initial career path never included acting. After changing her course from business administration to mass communication at Houdegbe North American University, she says; “I legit bumped into acting. I went for a photoshoot, this was like in 2013, after the shoot one of the women there, said she would like to call me for an interview and that is how I came in contact with Ndani TV. After that, they started using me for so many other things, and I’ll just say it’s God because I never planned to act but I love every bit of it.”

The self-proclaimed food lover has a bright future ahead. Sharon expresses her deep enthusiasm for the New Year, as she says, “I don’t think anyone is as excited as me for 2017.” 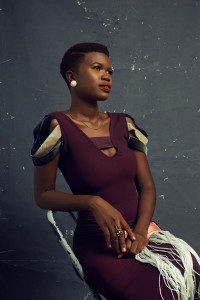 Adenike Adegboye is a perfect of example of the new multi-skilled creative breed with an impressive following of 10,000 people on social media, she describes herself as a designer, blogger, street style photographer and stylist.

After obtaining a history and international relations degree at Babcock University, she explains, “That was my first degree because my parents didn’t want me to go into artsy stuff; they wanted a ‘proper’ degree. So I did that at first before I went to study in Italy.”

Adenike was destined to be a creative from the start as she recalls buying her first sewing machine 12 years ago, with her Christmas money. Although her parents did not support her creative tendencies at first, she was always encouraged by her mother to be useful with her hands.

After her debut at the GTB fashion weekend in October last year, the exceptional creative is looking forward to working on her brand as she puts her design talents to good use in 2017.

According to Adenike, the world should be expecting a “ready to-wear collection as well as a bridal-wear line, late next year.”