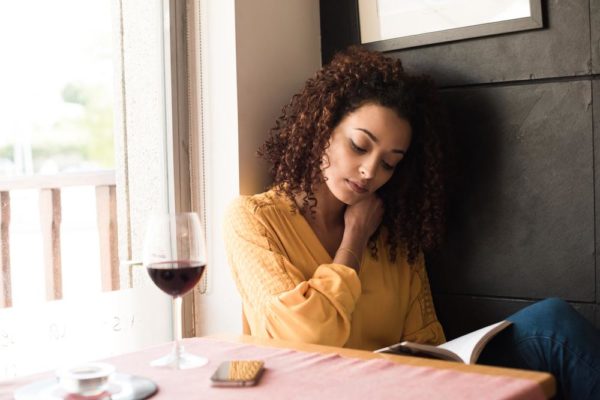 Aunty Bella is our  agony aunt column on BellaNaija. We launched this column in the early days of BN and periodically feature issues sent in by BN readers. We hope the BN family can offer insightful advice.
***

Aunty Bella, I have been feeling really down lately and been thinking of doing so many things just to ease off my anger. Sometimes it feels like I need a closure of some sort. BellaNaijarians, please kindly contribute and ignore how I type.

I kind of developed feelings for this guy few months back (mid 2016),at a time I just left a long relationship . I was like, I’m not going to open my heart for now; I’m going to have it closed! But it’s the heart we are talking about. So I met this guy on my way get lunch, and only talked casually – like the ‘excuse me, please do you have an idea what’s available’ kind of talk. After that, whenever I see him he would always stare. My friends noticed too. To cut it short, I developed feelings for him. He is really fine,though not anymore in my eyes.

I approached him months later, we got talking. It was obvious I liked him. He would only be a fool not to know. Everyone one noticed, and we spoke a few times and I liked the chemistry.

Then we had a 3-week break, with no communication because he lost his phone. I was so happy and anticipated seeing him, then I saw him and realised he didn’t want to talk to me anymore – like we never held a
conversation.
He would just see me, greet,and then be like he is going off somewhere. I noticed and told my friends ,but they were like I was only being pessimistic,and should stop being a personal bad belle. Oh well, I didn’t believe.

Then a certain day I told one of our mutual friends to greet him for me…only for her to ask him questions regarding us. He was like he isn’t into me; that I like him too much, and I’m so all over him and that I stalk him on the social media! I wasn’t dumfounded though, but I was also at the same time.

It was funny, I know. I visit his social media page, but that was because I had feelings for him, and missed him during the break. I could only check out his pictures. I don’t slide into his dm and comment on his pictures acting all thirsty. I don’t! I sent him just a “happy new year message” and the time I see him or try to see him he is the one who asks me to come over.

So I have been finding it really crazy and annoying.I promised not to be beat my self up for developing feelings for a guy. I’m human, and would do it again. I’m unapologetic, but sometimes I feel angry in deep thoughts. I feel the need to have a word with him, or just send him an indirect message.

Though after I heard all he said, I still greeted him. My smile was kind of fake and faded quickly. Two times after that, he doesn’t greet me anymore.

Kindly advise me on what to do, or on what I did wrong. Any kind of opinion on this or experience would help.

P.S
I actually felt my friend should have helped me a bit while with him. She should have been like she only viewed your pictures because she likes you. It’s not like she trying to harm anybody or talks that can make him get the memo; but she’s human,not perfect. I’m grateful she told what he thinks\feel.
Please your input will go a long way.

Iniobong Umoh: Are You Stuck in the Rat Race?