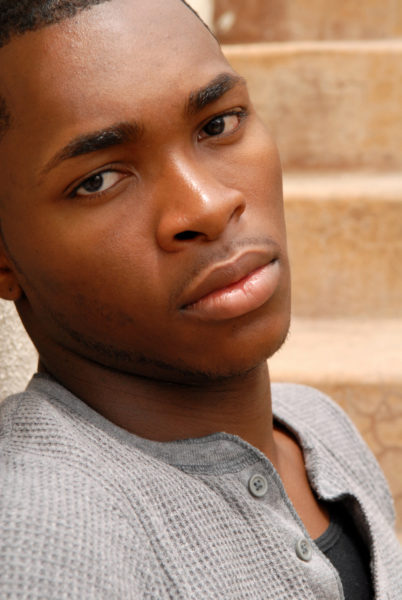 Yesterday you got really tired of your role in this life drama. Who would have thought Tunji Fajoo would become this? Fajoo! They would hail your name; you would smile like a bored billionaire trying to be nice. That was then; that was secondary school.

You are usually through with your day’s work by noon. You are called supervisor, and the ones you supervise daily would say it as something close to adulation. In a gathering of the blind a one-eyed man would easily reign as king. You are the only one who could speak English fairly well, even though yours was the Yoruba accented English of Ondo indigenes who would call man mon, call mango mongo, and say Monday as manday.

By noon you would be at the newspaper stand opposite First Bank, beside the biggest roundabout in the city. You are well known at the newspaper stand; at your appearance someone would be waiting to argue with you about the headlines and their implications. You had superstar politicians that could do no wrong, the ones you would defend like a true zealot; and you could lie like that national figure known for his confidently spewed legendary lies. In fact, you would do better if you had the opportunity. You would just need one mic as Nas says; you would do so much with half a dozen that typically gives that man his voice.

You would shout your arguments, your opponents would shout back, you would win some, you would lose some; but you had your fans, those who would nod their approval, they could see your point; this guy knows so much.

After the election things changed as you wanted. Gradual change, as it was promised; from better to good, from good to bad, bad grew worse and it goes on. Luckily you are still the supervisor, but the state government is broke and you’ve not been paid for six months.

You had to pack out of your former place, you had to get a room in a mud house without a toilet. The place was in the outskirts of the city, you had to trek the entire stretch of Oba Adesida to get to work; you called it exercise.

You avoided the newspaper stand. No money. No morale, no energy, you no fit shout, no interest in analysing the state of things. Too many analysts, that is the problem of this nation. Problems don’t understand English, do they?

In your secondary school days, you were one of the big boys.

Big boys would have the latest cassettes of Bone Thugs, Naughty by Nature, Tupac, Mack Morrison and Jodeci. They’d sing along or rap along when the songs plays, filling parts they don’t know with grunts and nods. They would experiment with their hairstyles; they wouldn’t mind being caned by the principal during morning assembly because they would take the strokes without flinching. They used perfumes, they could talk to any girl; they never miss any issue of Tickles.

You saw some of your classmates as beneath you. You were one of the first to grow a moustache, you were shaving when some of them seemed like wimps and sissies, still crying Mummy Mummy!

You saw some girls as beneath you. You took in so much of Tickles, you knew what you were looking for in these fishes.

Things are now so bad that you’ve been living like a beggar because of the salary arrears; so yesterday when you were through with your role as a glorified boss you decided to go the mall to see if you could get anything to do that would earn addition income. You would work from midday till midnight if necessary.

Just as you walked into the mall, just as the cool air got to you, you saw a beautiful woman walking towards you. She was not the only beautiful woman walking towards the door you had walked through; she was just the one woman who should not see your gaunt face. You had examined yourself in the mirror a couple of times in the past weeks, you looked like a man who had been fasting for weeks, not for the love of God, but for the lack of food. Your faded blue shirt, your oversized khaki trouser, your feet covered with a brown film of dust, your smell, of sweat. Rolake should never see you like this.

You saw the look on her face from a distance before your hasty retreat.

Rolake was one of the girls beneath you in your secondary school days. She was not endowed like the girls in Tickles, so you had tolerated her like a neighbour’s goat, you would shush when she speaks near you, or tell her to get out of your sight.

She was a mumu to you. One day, your chair got broken, so you took hers’ even though her name was boldly written on it: ROLAKE ADESUYI.

She came to you after the break (You took the chair during the midday break) to ask you to give it back. You slapped her twice and got the whole class laughing. You were a big boy; she was not attractive.

When you saw her one bright morning during your second year at UI – she was a Jambite – you were stunned by the transformation. She had become this tall, shapely-legged, silky smooth-skinned, bosomy woman. Whao! You hugged her, she was very nice.

She was an aspiring medical student, you were studying Adult Education, you got her number, you needed some time to talk about the past years, she was in a hurry to Chemistry 157 class. I will call you, Rolake.

You turned to look as she walked away; you swallowed saliva and licked your lips. Is this not Rolake?

You wanted to start something with her but she would not listen. She had her eyes on medical school; she had no time whatsoever for what you were proposing, in fact she would not even think about it. You thought you were still the big boy able to take whatever you wanted.

You invited her to your room one evening during the Awo Hall week, you told your roommate to stay away, you were at Kara near Bodija early in the day to buy some good stuff. You smoked the thing in a bush near Abadina. You were ready.

She was a fighter. You could not take her jeans off, could not rip her blouse apart, you could not even keep her down, you got a vicious kick in the groin; her voice seemed to ring through Awo Hall. She got help.

That got you an expulsion; your reputation went ahead of you for a few years when you tried to start again. Are you the guy on the front page of Alaroye who tried to rape a girl? No admission! Your groin pained you for months after it.

Now all you’ve got is the residual feeling of power, all you’ve been trying to do is keep up appearances.

She wasn’t weak and she knows it and you know it. Yesterday when you had to run, even when Folake was not particularly after you, you knew, as Yorubas would say: “Iku ya ju sin lo”.