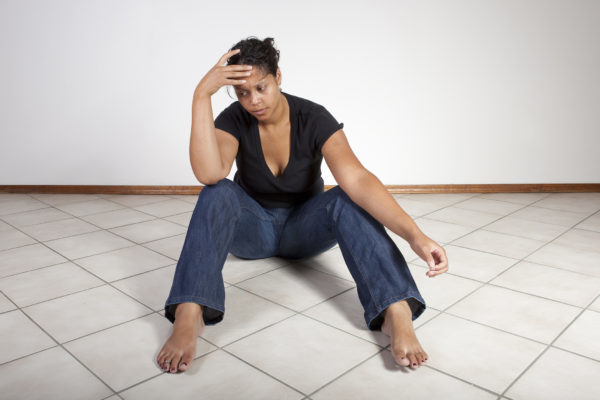 It was one of those gloomy and very dark days. I just couldn’t go on anymore. I was mentally, physically and spiritually tired. I was literally down and almost out; the only blessing was my friend Theresa, who had the time to listen to my groaning that day. I was so sure her ears were full already. I complained about everything; nothing was making sense at that moment, and the silver lining was more like shadows.
I wanted a pep talk, a pick-me-up speech. I just wanted someone who could just come and talk some sense into me, preach and awaken my spirit. Then, Theresa said to me: why not write out the pep talk you want to hear and then read it back to yourself. Writing helps you think better, right?

I didn’t want to write anything because I really had nothing to say. Fast forward to a few days later, in the dead of the night I needed someone to talk back to me. So, I finally took Theresa’s advice to write out the pep talk and let it talk back to me

Rock bottom: haven’t we all been there? If you haven’t, then blessed are thou indeed amongst the living. I’m trying to define it, but I realise, rock bottom comes in different ways for different people: the time when you become completely faithless; the time you get your worst result; the time you lose everything you have; the day you lose that job, or that business crashes; the day you wake up drunk in a stranger’s house; the day you realise… damn, you’re in a wrong marriage; the day that addiction rids you of everything good in your life.

In a nutshell, rock bottom is that moment when you’re at your worst. Permit me to be a little raw, but it sucks as hell.

For me, rock bottom had become somewhere I visit at least once every year – just to show how often I get to be at my worst. That feeling that “girl, you’ve done it again, you’ve disappointed yourself. You’ve gone back to your vomit. You’ve crashed another venture. You’re back to these hefty debts again” On those days, I am as much as a mess as anyone can be. I cry my eyes out, I pinch myself, I imagine the vilest things. I even contemplate suicide. The sad part is that for some other people, this is where it ends, they give in.

At the beginning I said “almost out” because for whatever reason, every time I make a journey down this road, I always get a saving grace; its either I see a picture of a person who is in a worse situation than I am, or someone calls at that moment to complement me on something or ask for help with something, and that drop of dopamine sets in again and the feeling of relevance subtly sneaks back in

I know my problems are not close to the worst there is, people have actual real problems, from diseases to chronic depression and acute poverty to religious persecutions to physical abuse to wars to world hunger, global warming and so much more, so really on the larger scale of things, my problems wouldn’t even be considered as minute

And I also know that I could be worse off than I currently am, the things I cry about could be the least of my issues and maybe I might even just be allowing myself wallow in self pity, waiting on a genie to grant me some wishes, and voila my life accidentally turns around

Other times I feel like I just took a break from being grateful, I took a minute to complain and nag or vent, but sincerely I really don’t know what takes me down that path.

But for anyone who has ever been at this place called rock bottom, you would know that there’s nowhere else to go but up from there. It’s the end of the road literally. You can’t go any further down, so it’s either you give in and fall out. Or you decide to move, and in moving you can only move upwards.

It takes strength and grace to want to try again. Some failures just seem so absolute that all the motivational talks in the world can’t snap you out of them.
It takes gut to cry out those tears to the peak and then wipe them off. Sleep for a long time, get up the next morning and get back on that grind.
It’s harder to start again every time you hit rock bottom, but the beauty of life is that there are no limited turns or takes, as much as you spin out. As long as you’re still alive, you can still get back up.

So I am telling myself and everyone else that needs to hear this; it sucks to fail. It hurts to make plans and not achieve them; but never stop trying, never give in.
Most importantly, expel the ghosts of past failures. It’s time for them to go. They are called past for a very good reason. They’re gone and someone has probably topped the record of your so-called massive mistake, and still the world hasn’t ended.

So what? You’re not where you expected yourself to be. Or where you’re expected to be? Do something about that if you can; if not, get through that phase and face the next one boldly.

If you’re still young with a lot of years ahead of you, the sad news is there are still going to be a lot of failures and disappointments ahead; but the better news is, there would also be twice as much successes. Stop the pity party, yes you’ve repeated that mistake, now it’s time to seek help and start over

Live…not in fear or in the cages of insecurity. Live and accept mistakes. Fall hard and rise even harder. Every day you wake up or you’re just able to repeal those depressing thoughts, you’ve won and you can keep on winning