"I'm strong enough to teach other women no marriage is worth dying for" - Tonto Dikeh makes more revelations on Physical Abuse, Infidelity & More in her Marriage

Here is Toke Makinwa's take on telling on your friend's partner 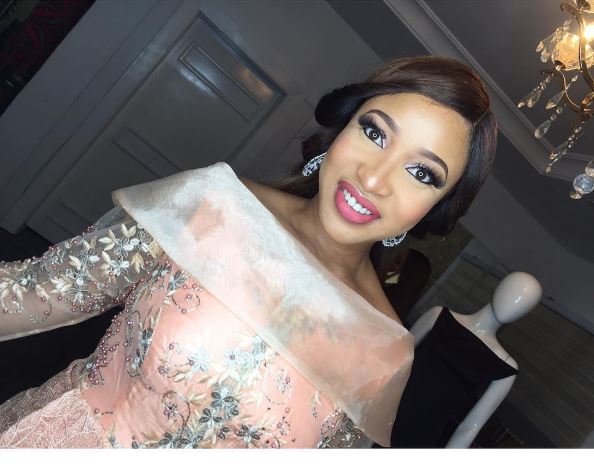 Tonto Dikeh says she is on a mission this morning to teach women no marriage is worth dying for as she is speaking up and sharing more details about her marriage.

The actress is letting people know what was really going on in her marriage behind closed doors. As her fans commended her weight loss, she said it was very easy for her because her ex-husband was cheating on her frequently and was being physically and verbally abusive towards her.

Tonto also said she used her platform to cover up and lie to make Olakunle Churchill look good in order to make him the man he is today. 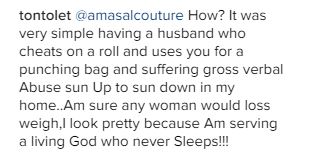 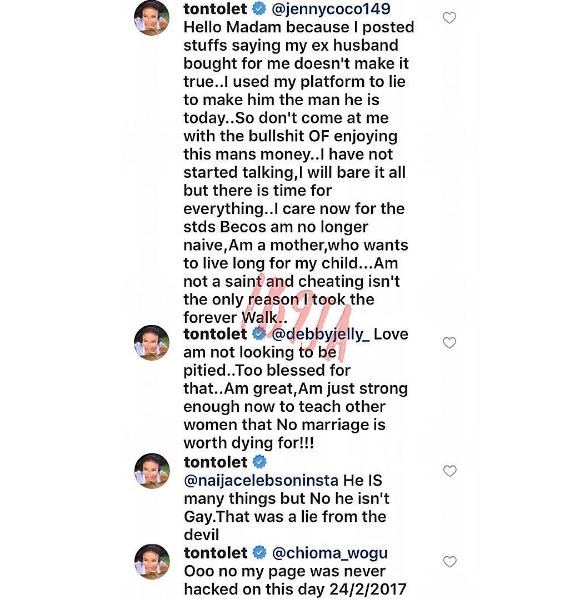