Pius Adesanmi: Air, You're Under Arrest! 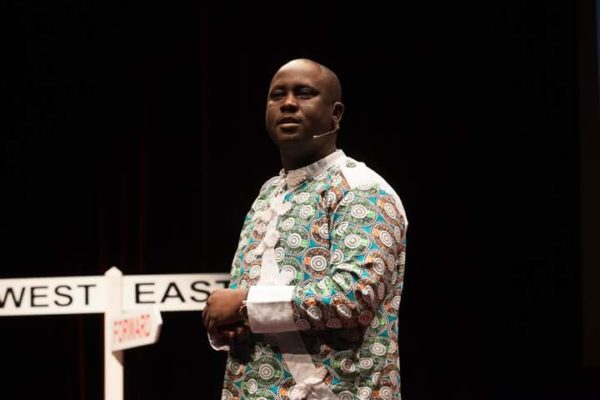 The following article was written by Pius Adesanmi, a Professor of English at Carleton University, on his Facebook Page.

President Buhari‘s administration, its supporters and well-wishers, do not want 2Baba to have his say in a democracy. They do not want him to organize a protest against the direction of Nigeria under President Buhari’s supervision.

Those who defend the musician’s right to agonize and organize in a democracy have been surprised by the ferocity of those determined to silence the man.

I think that Innocent Idibia‘s traducers – the Buhari administration and its voices in the public sphere – have a better understanding of history than those who are acting surprised and are blindsided by the ferocity of the opposition to Idibia’s planned protest.

Let’s be clear: I support and endorse that protest and the spirit which informs it. If I were in the country, I’d join it to protest against the failures and the shortcomings of the current administration and insist on better, responsible, and accountable governance.

If we cede Nigeria to the crude and primitive instincts of those who would have us perish even the mere thought of peaceful and legitimate protest in a democracy just because they deify President Buhari, we are totally finished. A Nigeria in which the right to protest is demonized cannot contain us and such people.

I said that the Buhari administration and its supporters who are trying to block Idibia’s right to dissent have a better handle on history than those who are surprised by the state’s reaction.

Centuries before Christ, in ancient Greece precisely, a fellow called Orpheus became the perfect embodiment of poetic genius in music. It was said that his father, the god Apollo, gave him a lyre and taught him to play it. Orpheus became the greatest musician in the universe. The world obeyed the command of his art. Rivers, mountains, animals, and humans all melted when he played the lyre. He fell in love with a beautiful lady called Eurydice.

Misfortune happens to this perfect love story and his wife died and descended to Hades – the underworld. Orpheus had one power, one weapon that no force could withstand – his music. With his lyre, he was able to descend to Hades, cross the dangerous Stygian realm, charm Cerberus the monster with three heads, and gain admission into the presence of Pluto, the god of the Underworld, whose heart he melted with music and retrieved his wife.

Nothing was able to withstand or block the liberating capacity of the music of Orpheus. Orpheus had served notice to humanity that music liberates. Music frees people from tyranny. Such is the awesome power of the musician.

Such is the awesome power of the musician. If you watch the documentary, Amandla (find it on YouTube), you will gain an understanding of the fact that it was song and music that brought down Apartheid in South Africa. You will hear former Apartheid police officers and security forces declare that they were more afraid of the song and the chanting “of the blecks” (Blacks in South African English) than the stones and the bullets of the anti-apartheid fighters. Such is the awesome power of the musician.

The man who finds favour with the Muses and they invest the art of music in him immediately becomes an existential threat to power because he is in possession of a weapon that has been the nemesis of power throughout history. Whether he is singing or just operating in the secular realm of a protest beyond musical performance, he is still an existential threat to power.

If you are a blind Buhari supporter, Innocent Idibia is not your problem. President Buhari is. Face him and tell him to up his game and deliver on his electoral promises. You did not elect him to run Nigeria catastrophically on auto-pilot as he is currently doing. At any rate, if you are a patriot, your loyalty will always be to Nigeria and not to any President.

If you belong in Team Nigeria, the team of transcendental non-partisan patriots who believe that Nigeria is bigger than anyone, including the President, and his supporters must consequently not be allowed to reduce Nigeria to a theocracy run by their god, defend Mr. Innocent Idibia’s right to protest. Support him.

Physically, they may shut down that protest or even prevent him from holding it. Don’t worry. Idibia is an artist. He has song. He has music. He is beyond them.

Let them continue to arrest the air.

Related Topics:2BabaPius Adesanmi
Up Next