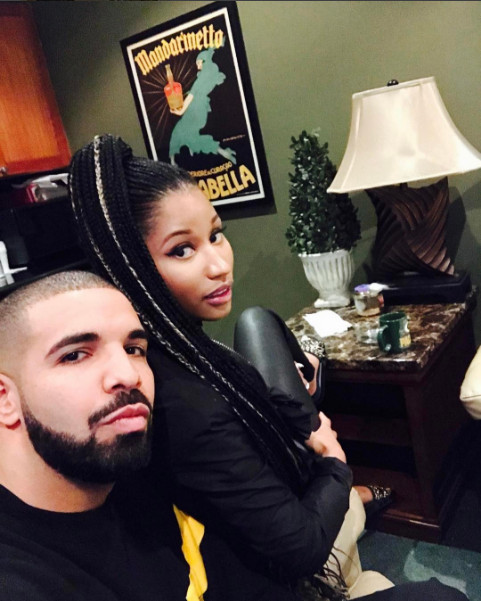 It seems that Drake and Nicki Minaj have rekindled their friendship following Nicki’s split with rapper Meek Mill.

On Wednesday, the Nicki took to Instagram to post a picture of her and Drake. Although the picture was without a caption, it was pretty clear what message the Anaconda singer was trying to pass across.

The “feud” between Nicki Minaj and Drake lasted for over two years, supposedly starting since their last collaboration with the song “Truffle Butter” in 2015. Although this may not be seen as a full on beef between the two, we can definitely say that the distance which had developed in their friendship was as a result of the major feud between Drake and Nicki’s ex Meek Mill.

News of the beef between Drake and Meek Mill went viral on all social media platforms back mid last year with results of it ranging from multiple tweet rants to a couple of diss tracks aimed at each other.

In an interview last April Drake revealed to Beats 1‘s Zane Lowe that he does not speak to Nicki anymore but also expressed a complete understanding for it – “She dealt with me how I would expect her to, which was with class, and I could only ever do the same,” he said.

“Again, another person that I have a lot of love for and a lot of respect, not only for our past and how much work and time we put in, but even just the way she dealt with the situation at hand,” he added.

Regardless of it all, now not only are the duo back together but it seems the whole Young Money family is back together. Nicki also took to Instagram to post a picture of her, Lil wayne and Drake captioning it “theBIG3” “YoungMoney”.

Seems new and exciting music collabs may be on the way!