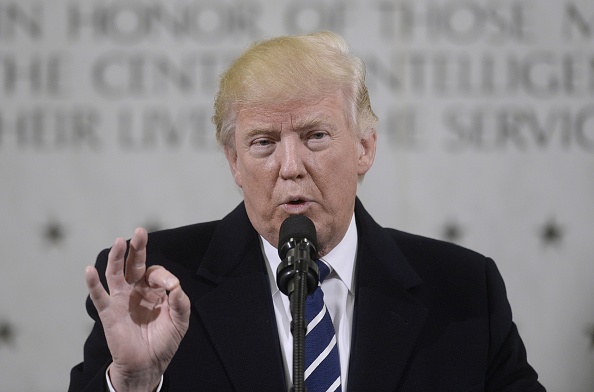 In a letter sent to schools on Wednesday night, the Donald Trump administration said it is rescinding on the Obama-era guidance directing schools to allow transgender students use the bathroom that matches their gender identity

The Justice and Education Departments in the letter, said the Obama administration’s guidance did not explain how it was consistent with the law.

The letter claimed that the directive caused confusion and lawsuits over its enforcement. Anti-bullying safeguards will not be affected, according to the letter.

“All schools must ensure that all students, including LGBT students, are able to learn and thrive in a safe environment,” the letter reads.

Instead, the letter suggests that the states should take a “primary role” in establishing policy.

“As President Trump has clearly stated, he believes policy regarding transgender bathrooms should be decided at the state level,” the White House said in a statement, adding that today’s letter “paves the way for an open and inclusive process to take place at the local level with input from parents, students, teachers and administrators.”

Last April, Trump weighed in on the North Carolina “bathroom law” – HB2 – that banned people from using public bathrooms or locker rooms that don’t match the sex on their birth certificate.

State lawmakers should “leave it the way it is,” Trump said in an interview with NBC, adding that people should “use the bathroom they feel is appropriate.”

“We have a responsibility to protect every student in America and ensure that they have the freedom to learn and thrive in a safe and trusted environment. This is not merely a federal mandate, but a moral obligation,” Education Secretary Betsy DeVos – who has supported accommodations for transgender people in the past – said in a statement Wednesday.

“Congress, state legislatures, and local governments are in a position to adopt appropriate policies or laws addressing this issue,” Attorney General Jeff Sessions said in a statement Wednesday. “The Department of Justice remains committed to the proper interpretation and enforcement of Title IX and to its protections for all students, including LGBTQ students, from discrimination, bullying, and harassment.”

“I did it to save my marriage”: Jackline Mwende who was Brutalised by her Husband for Bearing no Child was Pregnant for another Man Before the Attack