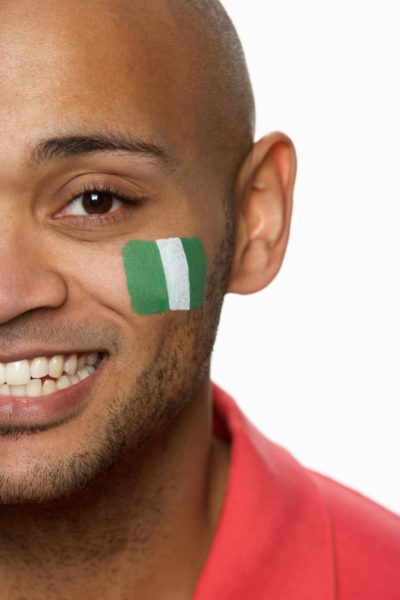 On a three legged stool

Suffocating on the straining noose

The house is on fire

They are dying too

The television is still on

The life of the rich

A life you will never know

The fire marshal runs in

To rescue your belongings

You are still dying

And he doesn’t care

Now and again he sprays you with hope

Beside him a preacher

Fanning flames with his bible

When the fire fighter is tired

He would help him with the lifting

This is what it means

Good morning Nigerians, I hope you all slept well; better yet, I hope you didn’t. Our house is on fire, sleep has become dangerous. If you have read the poem above and wondered what bleeding green has to do with a dying man being strangled by a noose, let me explain.

The average Nigerian is born into a society rife with all sort of abuses perpetuated and normalized by everything around him. From as early as he can remember, his parents tell him to be silent while elders speak and admonition him for questioning them in the name of respect, respect for authority. This Nigerian will carry on to a primary school where he is flogged for coming late even though at the age of five, the matter of his punctuality to school is barely his fault.
Again, in the face of power his rights and freedom is taken away and he is given no just reason for this. Upon graduating from his primary school, he will head to a secondary school where he is faced with a senior-junior dynamic and forced to bend to the wills of his fellow students just because they are older. The school authorities offer little or no protection against this obvious abuse. Instead they decorate some of these seniors as prefects to legitimize this structure. By the time the student makes it into the university, they are so used to being abused by power that the females are psychologically gagged when lecturers demand sexual favours for good grades.

As for the males, money is a substitute. While all this is happening, on the social front, frequent police abuse and news of political misconduct continues to fill the ears until it appears to us like it is just the state of existence we must live with. Power is to be abused and followers must stand, silent and docile, complying at every turn.

The generation before mine were the first to fully be conditioned with this way of life. Most of our parents tell of tales of growing up in a very different Nigeria and if you look hard enough, photographs of old Lagos depict this in pictures. They tell us of a better exchange rate, travelling to all sorts of countries without visa issues. Attending university where they enjoyed free meals and a general vibrant socio-economic and cultural environment. Then the military started taking over and things began to decline. This was the era of Fela Kuti when Nigerians still cared for conscious music because they still had memories of better days. These days, the pain of the only reality we have ever known turns us away from such content in music because we hate to be reminded of a reality we live every day. The same cycle of rulers from as early as the dawn of independence have sat in office bar a few recruits vetted and allowed in by these same people. And to add kerosene to fire, the American capitalist material lifestyle has come here to fester, but without any of the great intellectual movements that act as a balance to materialism.

In Nigeria today, praise is only for the rich. The means to wealth is of secondary and non-consequential nature. Just look at the reception James Ibori got on his return to a state he more or less robbed blind. While the white man has gone through the Renaissance era where he rediscovered his ancient knowledge, Enlightenment era where he began to question the notion of dogma and authority, Modernism where all post-enlightenment ideas were organized to form a new outlook on the world, and lastly, Post-modernism where the very notion of authority was challenged; we still remain in something in the semblance of the Dark Ages praying to a God that will not come down from heaven to save us.

Protest or no protest, nothing is going to change. Power works only in its own interest and cannot be brokered by appeal, only by threat of dissolution. What we need is not a protest, these heartless criminals drive through the streets of our country every day. Are you saying they cannot see the apparent suffering of the people through their air conditioned automobiles? What we need is a new political party with an interest in developing Nigeria in every aspect from raising human capital to industrialization. Perhaps a protest will at least inspire us to start moving in this direction and for that alone would have attained a level of victory. But without a plan of action that isn’t hoping to be heard by these deaf leaders, we are wasting our time.

The average Nigerian is the man on the noose, dying in a burning country where conditions are so harsh he is forced to put all his effort in just staying alive so he is too busy trying to find a balance on the stool while the fire fighter loots his burning home. The fire fighter is of course our politicians who only water the flames just enough to allow them to carry on looting. The people on the television are the rich few who are often to comfortable to fight and the preacher fanning the flames and helping the fire fighter loot are the pastors and imams that use religion to keep the flock docile in exchange for donations from the politicians.

Until these criminals are shamed everywhere they go, until their cars are egged and the smallest of us spit on the path they walk. Until these so called men of God that never speak up against evil are seen to be what they really are; enablers of crime. Until we move from being capital obsessed to valuing character and intellect. We will remain where we stand, in the burning house, bleeding green.