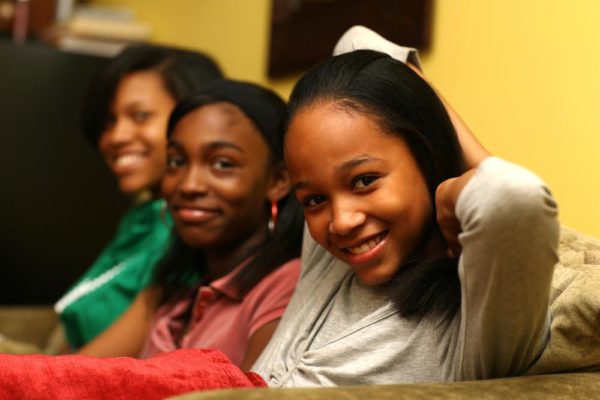 Most people think that being the youngest comes with several benefits. This is probably true; most times, they usually protected by their older siblings. I recall back then in secondary school, when some students tried to attack me, the saviour of the day was my older sibling. It did not matter who was at fault as long as the attackers were ready to beat me up, my older sibling was ever ready to save me from the situation. In fact, he was always on time to save from ‘my attackers’. Thankfully, it was the respect that they had for my sibling that made me sometimes misbehave, because I knew I would always get away with it.   All that I needed to do was to report the offenders to him and leave him to deal with them.

The youngest ones  do not necessarily need to struggle like their older siblings. They receive what is  passed down from the older  in terms of clothes, textbooks, shoes, food and so on. Sometimes, the youngest tend to indecisive, because the older sibling make the decisions acting  as their advisors. Having passed through the stages before their younger ones, the older ones are more experienced and exposed.  I think that as the youngest, it is acceptable if you are naive or over pampered. Older siblings are expected to behave more maturely and responsibly.

From someone’s behaviour, people can conclude whether the person is the oldest sibling or the youngest sibling. Most times, people associate childishness to the youngest child in the family; the oldest is presumed to be serious and very responsible  That being said, it is not always rosy for the youngest child. They are the ones who go for all the errands, do most of the house chores, receive the least portion of almost everything. They are expected to respect every member of the family. At family gatherings/meetings, they are not expected to voice their opinions …after all what do they know?

This is culture and must be followed strictly. The oldest are expected to get a better share than the youngest. Is it fair? The youngest in the family is usually entitled the smallest share of anything.  Do not be surprised if you come across the youngest sibling who is seemingly stingy. If they  have the chance to have a large chunk of food to themselves, they would not really mind eating all alone. The very thought of seeing larger shares going to your older ones requires discipline and self-control.  It takes someone content and well-mannered to overlook this.

Back then, it got to the point that sometimes I don’t follow due process, since I know that I would take the least share, so, why bother? I’d just carry my two legs and take what is mine (the smallest) and go quietly. As a toddler, I did not notice this trend; but as I grew older it became an issue. It was either I do not look at my older ones share, lest I feel bad, or I just swallow my grievances and enjoy whatever I was offered. I became programmed to take the smallest share of everything in the house.

Nigerian  parents are staunch believers of culture and tradition. It is even very strict and more enforced if both parents are elder ones in their  family before marriage. Having had younger ones, they would not really understand what  it feels like to be the youngest have the least share in anything. It was a taboo to take the largest share meant for your elder one. Such actions were often met with the question:

Look at your age difference?

Don’t you have respect?

Why do you crave for the lion’s share in everything

Culture makes us understand that, there must always be demarcation between the oldest and youngest. Supposing tradition is  broken, and  equity together with equality is pursued, would that give room for disrespect?  If I had the same thing as those older than me, does that really mean we were on the same level?  Probably yes, and this might  give room for disrespect and misbehaviour.  After all, we all want to know our place and give respect to whom respect is due.

Some homes do not see this tradition as a big deal. While some prefer that older ones would give part of their shares to the youngest, others allow the youngest to do the sharing for the older ones to make their  choice. I do not know sha, but I would definitely understand the plight of my youngest child, knowing that I have gone through the tradition and survived. It taught me to be content, maybe stingy, self-dependent and also to put others’ needs before myself.