Jennifer Nagu: When Being Plus-Sized Gives You Flight Anxiety 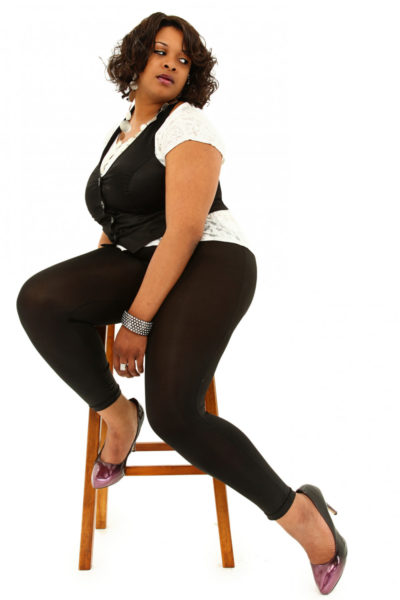 At 270  pounds and 5 feet tall, Wama Audu knew what being fat was all about, and she wasn’t going to let that get in her way. She had scheduled a vacation to the island of Zanzibar this year. She needed a holiday, to relieve all the stress of working round the clock.

Boarding the crack of dawn Ethiopian Airways flight from Lagos that day, Wama brought the “Kiss my Ass” attitude to life. She had all intentions to enjoy her flight and have fun like never before. Her tight fitting T shirt with the inscription, “Curvy and Fabulous” was meant to negate all negativity associated with being a fat girl crouched in a small seat.

Flashing an apologetic smile at the lady occupying the first seat on her would-be row (Row 11), she gestured at the middle seat and says, “Hello madam, that’s my seat; can you move a little to allow me pass?”

The lady sort of glared blankly at Wama’s hips, but didn’t respond or make any eye contact. After what seemed like an eternity, lady moves to first clearing her rose gold satchel ludicrously blocking the entrance. She then moved her petite feet; finally making way for her. She could hear lady’s thoughts all so loudly.  She also seemed irritated by Wama’s very presence, sighing heavily every time she made the slightest movement.  Her eyes said it all.

Wama experienced this almost every time she flew. People glaring and staring, praying that you don’t sit next to them. Some even vocalize it.

She had learnt over time that there were two kinds of people everyone dreaded sitting beside during flights: Lady with a crying Baby and/or a Fat Person.

This particular day, Wama sat down defiantly; she was in no mood to feel guilty over inconveniencing anyone. She beckoned with a smile to the cabin attendant while discreetly pointing at her big stomach. Cabin attendant walks away and returns with a package – a seat belt extender.

When it comes to traveling by air, the struggle of the overweight may never be fully understood until one is made to fill the shoes of the people concerned.

Fat shaming is a common norm in today’s world. So many people see nothing wrong with openly condemning a person for their physical features, be it skin color, height, sex or weight. Research shows that over a billion people are believed to be overweight in the world today. Not all weight issues are born of food and food related conditions, some have medical issues that cause weight gain, making it difficult to nearly impossible to drop the pounds.

As a slimmer lady, I’ve always been able to fit within the confines of my seat, so I haven’t always been as sympathetic as I could have been. Not until I sat beside an overweight man on a recent flight from Abuja to Lagos. I, like, every other person had doubted that he was going to fit properly into this aisle sit. He sat down, anyway. We sat side by side, sharing an arm rest. We struggled for the armrest at first. He grumbled; I grumbled. He beckoned to the cabin crew.

“Madam, you people should expand your seats in this airline” He grumbled embarrassingly.

“Will you prefer another seat; we have empty seats behind sir?” Cabin attendant said. She looked my way. I look away, pretending not to hear anything.

“It’s no problem, flight is just 45 minutes” He shrugged her off.

He looked my way. “Sorry about all of this madam”

Ultimately I felt pity for him. I gave up the arm rest. He thanked me gleefully. I asked him how he manages to fly, with all the hassles of flying as a bigger person. “My sister, it can be annoying “

He narrated his ordeals.

Firstly, he would research airline policies on plus-sized people, because every airline should have one.  Note that these policies could often allow for the possibility that he be charged double, or denied a seat on the plane on the day of the flight.

He would request for the window seat. For some reason it made him feel smaller. It hid him perfectly from the curious gazes of other passengers. The middle seat was the worst one. Sitting in the midst of two smaller people, hands and elbows brushing every time is the singular most uncomfortable situation in the whole wide world.

He often practiced how he will sit on the plane, pushing body against the cabin wall, one arm holding the other firmly over his chest, to avoid making physical contact with the person sitting next to him. He will not drink too much, to avoid feeling the need to constantly use the lavatory.

When the airplane is airborne, He would have realized, “OMG I have accomplished something today. I boarded an airplane stress-free, I wasn’t asked to pay for two seats, and there were no complaining seat mate. Nothing. Thank God”.

His account made me aware of the ordeals of flying overweight. It has made a lot more tolerant of people of different shapes and sizes.

Some feel entitled to the arbitrary amount of space the airline has decoded we deserve; some think it’s unfair for space to be distributed according to need, as in why should a fat guy get to be as comfortable on a plane as a smaller person? Some think the fat guy should be punished with discomfort: see, this is what you get, for being so fat.

What do I think? I think it’s reasonable to expect airlines to provide reasonable accommodations to all bodies, without surcharging the people who require slightly more space than others. I also think it’s reasonable to ask that we all remember that the fat people on that plane with you are also people, and they are not always edging into your seat out of a callous disregard for your comfort. As unhappy as you may be with their seat mate, I can assure you they probably feel even more self-conscious and miserable than you do. If it bothers you to seat by a Fat man on any trip, all you need to do is be kind.

Behind the Heart with Chiadi Ndu: When the Dark Beckons