The Power of Priyanka Chopra! The Quantico Star Graces the April 2017 Cover of Marie Claire 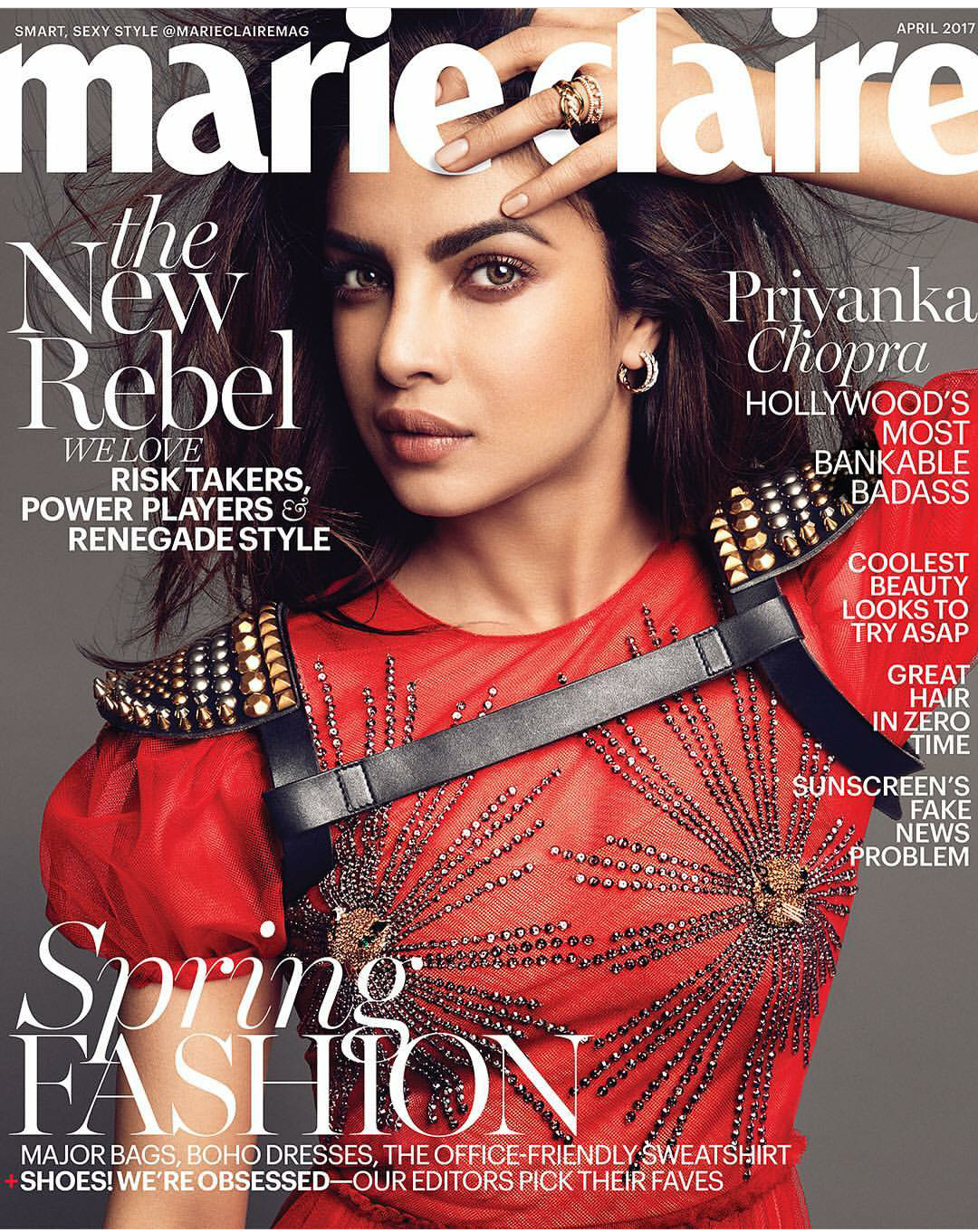 Ever gracious Priyanka Chopra is on the cover of Marie Claire’s April 2017 issue. The gorgeous former Miss World 2000, talks about how she doesn’t believe in plans. When she was a teenager, she planned on becoming an aeronautical engineer, but she ended up becoming Miss World instead.

Not long afterward, she planned to go to college, but Bollywood producers came along and persuaded her to try acting, and pretty soon, Chopra had made more than 50 movies. 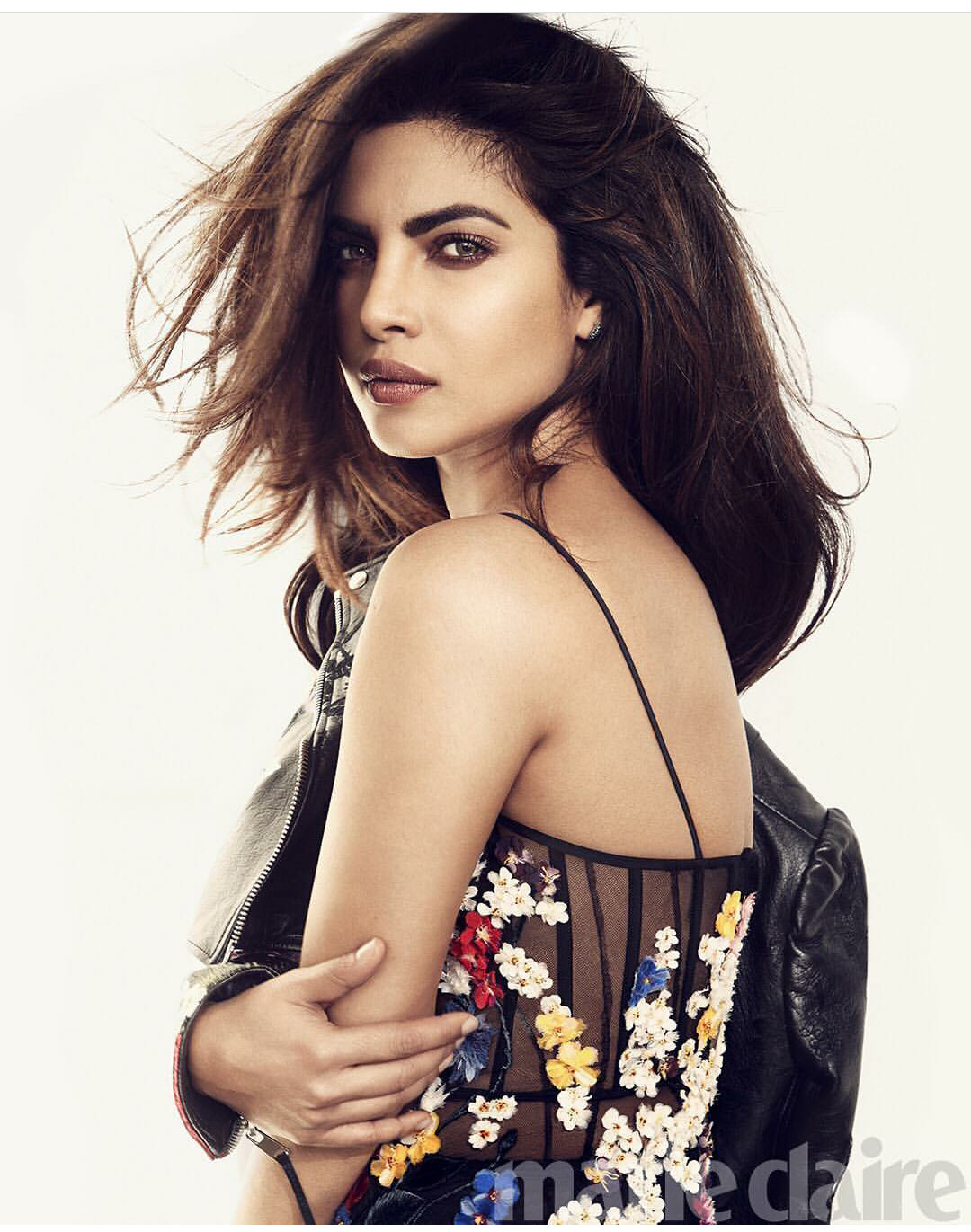 Not one to settle down, she went to Los Angeles with hopes of recording an album, and ended up on our large TV screens starring in ABC hit TV show Quantico. 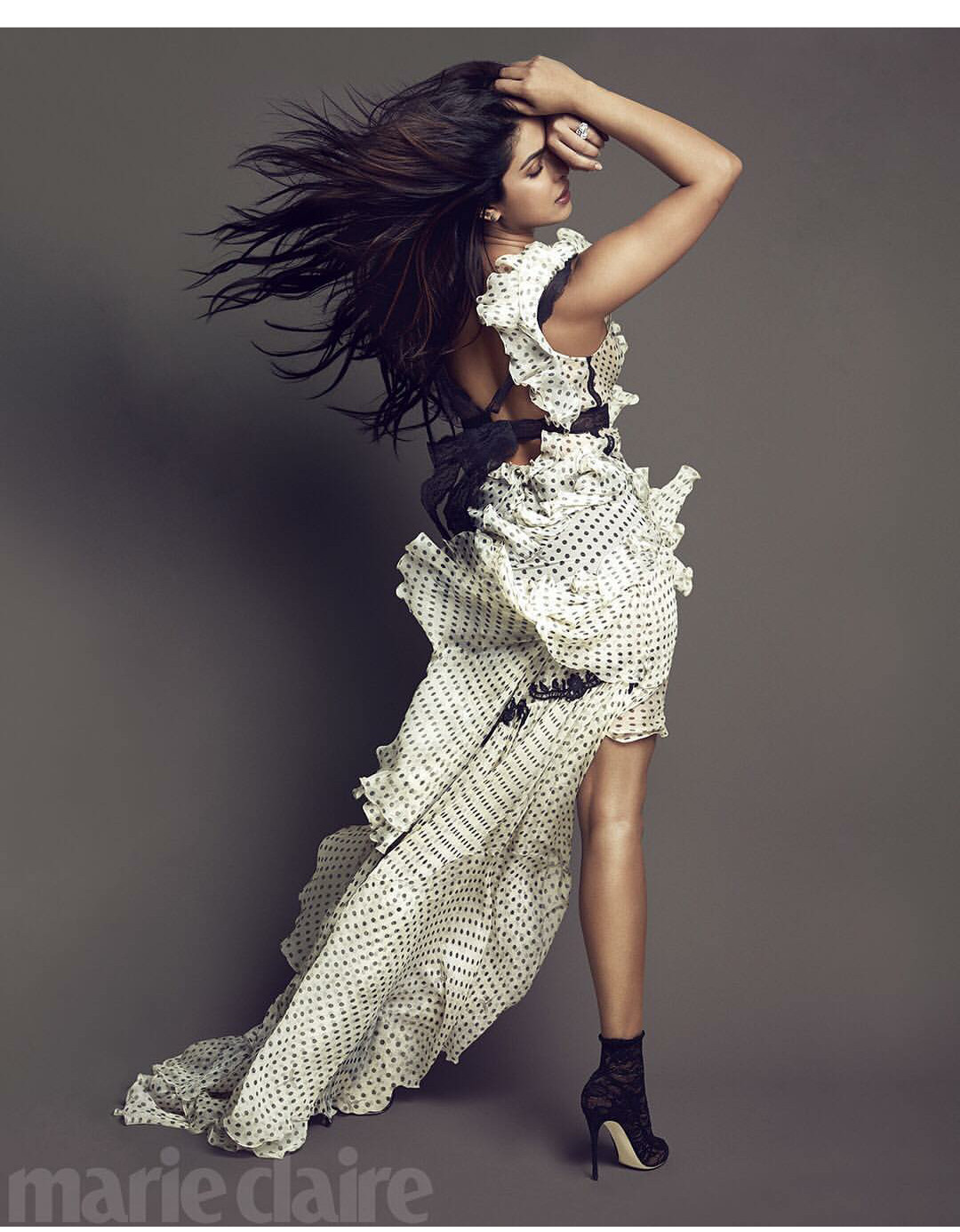 Read excerpts from her interview;

On her love life

I’m not someone who looks for love. I don’t believe in making it happen. My life has been shaped by so many serendipitous moments so far, I feel like, Why screw with a good thing?

On her upcoming project, Baywatch

I loved Baywatch so much growing up. It was the quintessential American Dream. All those beautiful people in bathing suits, running slo-mo on the beach in Malibu—amazing!

On taking on new challenges and trusting her gut

I like to find my own way, which is something my parents always encouraged in me. They were like: ‘You got you.’ I think my inherent sense of confidence comes from that. Also, my mom used to always tell me, ‘You could make the biggest screwup on the planet, but you can come tell me and I’ll help you fix it.’ And my dad used to tell me, ‘You kill someone, break a car, you come and tell me. I’ll fix it for you.

On her start in Bollywood—without any previous acting experience

Coming from academics, like an idiot, I was like, Oh, it’s just pretty people. You’ve got to wear lovely outfits and say a few lines. How hard can this be?” Boy, was I surprised. I just kind of went on set and fell and dusted myself off, and learned, and then fell again and figured it out.

On philanthropy and giving back

Giving back was a big part of my upbringing. When you get so much, you’ve got to find a way to give back. You don’t need a fat wallet. Time is something each one of us has and all it really takes to make the world better—and intention.

On her ultimate dream—having kids

As many as I can. I love kids. Love, love kids. I prefer their company to the company of adults, actually.

The April 2017 issue will be available on newsstands from March 21st.

BN TV: “I was broke but I had instagram followers” Ronke Raji shares a New Vlog Telling her Story