Akanna Okeke: 5 Ways You Give Your Power Away 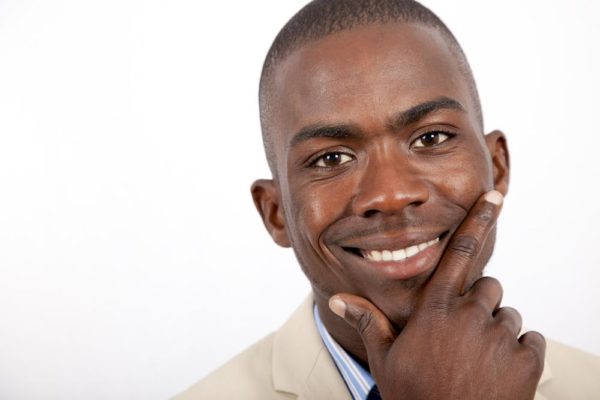 Everyone is ultimately responsible for themselves and their actions.  However, we are always too quick to blame everyone else –government, parents, bosses, friends, witch doctors –but ourselves, for the consequences of our own actions.

The truth is that we all seek to change the behavior of others.  Some of us seek to do it the right way, through influence; where we put out our work with the hope that it inspires others and influences some change; while some of us do it the wrong way, through control.  We try to change others by being controlling.

Whoever is on the receiving end of these two kinds of people –the ‘influencers’ and the ‘controllers’ –always has a choice to make; a choice of whether to allow themselves to be influenced/controlled or not.

That’s right, we allow ourselves! Nobody takes our power away from us without us giving it away by ourselves.

Here are five ways, I’ve noticed, by which we give away our power voluntarily, and allow ourselves to be influenced or controlled by others.  I hope you are able to find yourself in at least one of them and if not, then you are at least able to grasp the concept and use it to identify your own unique situation.

Reacting, Rather Than Responding
You might be familiar with the story about the cockroach in a restaurant that flew and landed on a woman and she screamed, trying to get it off by jumping around and waving her arms frantically.  The waiter then came towards her and it flew onto the waiter and landed in his chest area and he gently looked down at it and picked it up with his hand.

Reacting is weak.  It is a sure method of giving your power away, sometimes even to a roach unfortunately.

If someone is able to cause you to lose your temper/composure by what they say or do, they are in control of you.  You have just given away your power to them.

The responder, on the other hand, is temperate.  He thinks before he acts and therefore, acts rationally and not emotionally.  When you respond, you remain in control, with options and choices.

So if you feel yourself reacting, by getting hyper emotional at something or someone, step away and regain control of yourself.  Then, you can choose the best way to respond.

Standing for Nothing
You might be familiar with the old saying, “if you don’t stand for something, you will fall for anything”.

Being rooted in your own beliefs is very vital to not being easily offended.  Those who ‘react’ when other people declare their religious beliefs, political views, their take on gender roles, and other such views that have to do with a person’s orientation; are often people who are not sure what they actually believe in.

We all know that Chimamanda Ngozi Adichie is feminist but we don’t see her jumping from one blog post to another, attacking writers who have expressed their contrary views.  She just does her thing and everybody knows where she stands.

If you have to react to every single write-up you see that opposes what you think you believe in, then you may want to check yourself to see if you truly believe in anything.

Those who don’t stand for something feel threatened by others because they are not yet rooted in their own beliefs.  If you are easily offended –highly irritable –then you unfortunately fall into this group.  You need to get rooted.

Borrowing
This is the most conscious, voluntary and transactional way to give your power away.

You must have heard that “the borrower is slave to the lender”.  A car loan means that the bank owns the car until you repay; same thing with a home loan, and other kinds of loans.

Being in debt means that someone else gets to determine how you spend your income. And if they don’t like it, they have the right to question you about it.  That doesn’t sound like peace of mind, does it?

If you owe a family member some money, you will always feel the need to explain and justify to them why you are taking that vacation with your kids, or why you just made a new purchase of anything major.  Even if they don’t seem like they demand an explanation, your guilty conscience would still prick you every time.

Get debt-free as soon as you can.  Owe nothing to anyone, but love.

Dependency
This is a very tough one because we all have people on whom we depend.  It could be a parent, a friend, an uncle or a spouse.  We depend on them to meet some or all of our needs.  It is okay to depend every once in a while, but not to become a dependant.

I believe we should all take responsibility for ourselves, and this means always moving toward that state where we are able to independently take care of most of our own needs.

The truth is, once they pay your bills for you, they own you! This is true about your parents, under whose roof you may live, your uncle that constantly sends you pocket money, and, yes, even your job (that pays your bills) and the boss that controls it.

These people have ‘something on you’ –they indirectly control how you use your time and make your decisions.   The ideal would be to be weaned from those on whom you depend, even your job.  I believe we should all strive to become independent business owners and have much more control over our time and how we make our own decisions.

Having No Boundaries
I’m currently reading a book, which I recommend that you read.  It’s called Boundaries and it’s written by Henry Cloud and John Townsend.   It teaches how to say ‘No’, when to say ‘Yes’, in order to take control of your life.

If you find that you have a problem saying no to people, or that you always feel the need to defend your actions and explain what you do to others; then you might have a boundaries problem.  You have not set appropriate boundaries in your life so that others don’t walk all over you and take advantage of your time and resources.

Our African culture is very communal and so we are not taught to have boundaries. Anyone can butt in on you without respecting your time, and think it’s okay because “that’s how we all grew up”.  Visitors come unannounced to your house because they were in the neighbourhood, and after all “your house is our house now?”

Having boundaries is the ability to mark off your life in such a way that you multiply your love for others and minimize the problems you face.  And if you want to learn how, just get the book; it’s currently opening my eyes to tons of realities.

So there you go… five ways you give your power away. Do you agree with these? Did you see yourself in any? Do you know of any ways by which we give away our power and let others control us?

I’d like to hear from you, as I learn from you as much as you learn from me.