Aunty Bella: Mrs. How Do I Protect My Kids From My Husband? 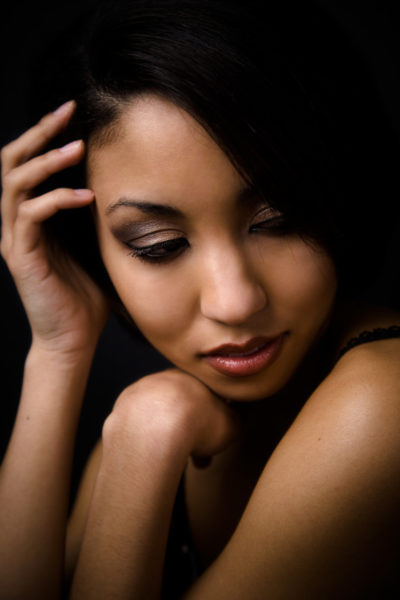 Hello my Bella fam, I have a situation and I NEED advice from you guys. It’s a long story but I’ll try and summarise.
I got married to this man some six years back now. We met under rather complicated circumstances. You could say he was a rebound guy for me and I never saw any future in what we had so I ended it. Not long after, I found out I was pregnant. I was four months gone then. I don’t know why it never crossed my mind to think I might be pregnant. Maybe it’s because my period had tripped off once for about three months so… I thought nothing of it.
Fast forward to the seventh month of my pregnancy. I told my parents after hiding it for so long. They were devastated. Especially my Dad. So when they pressured me to marry my now husband, I agreed even though I did not want to in the slightest. I talked myself into it as I saw no other way out. I didn’t know how to go against my parents. I felt I owed them after getting pregnant the way I did.

So we got married and things have never been good. Each year, my husband starts these fights me. During these “fights”, he would be insensitive, cruel and just mean. He has a vile temper too. Now even though I didn’t want to get married to him at first, I threw myself into loving him and giving my marriage everything I had. But he just wouldn’t give me peace. He was thoroughly convinced that he had done me a favour by marrying me.
He would hound me with comments like; “I’m just managing you” or “no man can ever love you”. He would humiliate me in front of his staff, drivers, nannies, you name it. During all my pregnancies he would insist I cook for him no matter what. He doesn’t care whether I’m ill or tired…

On a regular day, I cook, clean and take care of the kids and WORK. I get the children up for school and bathe them, make breakfast, drive them to school and then head to work myself. After school I pick them up, drive them home then head back to work. After work, I stop at the market before heading home so I can fix dinner. My life has just been this rollercoaster of work, kids and husband.

Things came to head last year after I got pregnant the third time. Money was tight and since I usually take care of food and other household needs, things became pretty strained. I cleaned out most of my savings until I felt I could take it no more. I don’t know if he thought I was lying when I told him I had no money but whatever the reason, this man refused to bring it. There were days I had to pay friends surprise visits after school cause there was no food at home. I literarily begged this man and he did nothing. I begged my friends and family for fuel for my car and food for my kids. It’s all so painful. I stuck with him when he started his business. I never complained when there was no money from his angle. I thought I was being supportive. I would stock the house with food; buy clothes for the kids. He paid the rent and school fees but that’s it. And when we needed him he just didn’t care. I was heavily pregnant and he never cared. I did everything myself and he just never cared. The first time he bought provisions for the house my boys were shocked. The older one said: “so Daddy, you had money all this time”. He has a sharp tongue. He’s only 6…

I confronted my husband after I had my baby and he just sat there and said nothing. He tried giving me excuses but… I was over it. He can’t touch me anymore. Nothing he says or does has any kind of effect on me. I just couldn’t care less. I told him I wanted a separation and he agreed to move out but changed his mind soon after. Now he doesn’t want a separation. He told me he was sorry and I should please forgive him but the thing is I just don’t care anymore. He cheats on me, treats me like trash and doesn’t know how to show up. The apology just sounded like another one of his lies.

But this is not the main problem for me. Something happened that shook me pretty badly. We were all in the sitting room just lying around. My younger son was asleep beside his father. Suddenly I saw my son’s hand in his father’s shorts, stroking his inner thigh around his balls. I was horrified. I waited for my husband to smack his hand away but he didn’t. He just lay there. And when my son (he’s 4 years old) wanted to get up, my husband pulled him back and held him to him in place. I jumped and called his name.

I confronted my husband and he lied and lied and lied. Told me I was insane. He threatened me and said all kinds of things I almost began to doubt what I had seen. But guys, I know what I saw.
What do I do now? Where do I go? Who would believe me? How do I protect my kids? I told my mum and she asked me to pray about it. Really?? My baby is just over six weeks. What step do I take? I have to protect my kids. I have some money in savings. That’s one thing I know how to do. But it’s not enough to get me a place with my kids and pay for fees and feeding expenses and so on.

I wanted to leave the country but no money. In order to leave my husband, I need big money and I need support. I want to go but where do I go? I’ve got three kids and I do not want him near them. Please help me. For now, he watches himself around them and doesn’t go too close or anything. But for how long? I don’t sleep at night. I’m constantly checking on my kids. I also banned them from going to his room. If I see them get up and go to his room at night, I go right after them and take them right back to their room.
I’m going crazy here. And I need help.

Mina Martins: Here Is Where Most People Go Wrong in Choosing a Spouse