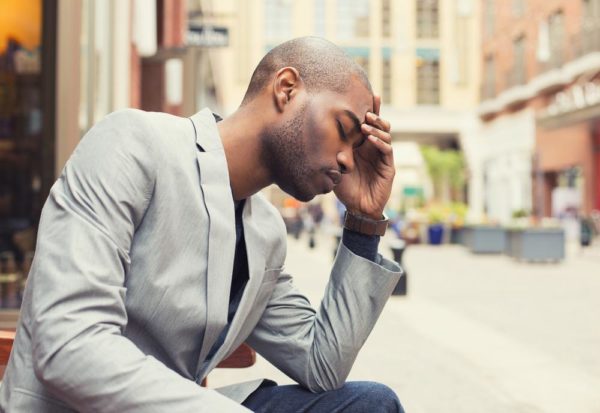 There is a scene in the movie of your life where you are struggling to find yourself, to pick the jagged shards on the floor of your memory and piece them together. You are walking along the street you grew up, shoving a portrait of your mother in people’s faces. You are asking if they had seen her after the day you walked out on her – for calling you ashewo. There is a scene where you struggle to be whole.

You say your story starts when your uncle tells you to massage his penis at nine. “Fast” before anyone would walk in, and when your first boyfriend at sixteen told you to kiss him “fast” underneath the stairs in your father’s duplex , then you writhing and moaning over your engineering boyfriend who told you he liked how “fast” you did it.

You do not ever have to ask who made you fast; you know, you have accepted this truth. You have made peace with the rapidity of your soul, learned to accommodate its leaps, learned that just as tardiness; your fastness is equally valid and that is fine.

There is another scene where you are sitting in the office of the sex therapist on the Lagos Mainland, prescribed by an online group you are a member for patients with sexual addiction. He is a grumpy man whose penis you imagine to be the size of your deodorant and when you look at him, you imagine his saggy frame writhing over your body on your wooden bed, making peace with you.

“We are making progress,” He says, and you smile coyly, that coy smile that left you moaning with the driver in the backseat of an Uber a few weeks ago.

“Rate me well on the app Madam,” He called after you when the session had ended and you were walking into Jevenik for a secondary school reunion dinner.

“Yes, I will” You replied, adjusted your blouse and rated him poorly “Because he had a small dick,” you would write in your diary later.

The articles on Google describe you as lacking a lot of love, this happens when you one night, clutching a cup of coffee in your hands search for sexual addiction and the results pop up. One blog says; sexual addiction is best described as a progressive intimacy disorder characterized by compulsive sexual thoughts and acts.

Another gives a stat; about 71 percent of child molesters are sex addicts and you worry that you would become a sex offender, that someday desire for an infant or someone you cannot have will trickle through the voids left by your encounters. And you shake the thought off and sob and drown your muffles into the fluffiness of your pillow because this thing is taking over you.

Because see, you write in your diary. I do not understand the need to be slow these days, no one is slow, in fact slow is not a word. There is fast and faster. What would you rather I do?

The next time you cry is when you see your mother. She is sitting across the table from you in the eatery you meet. Time and chance  – etched into the wrinkles on her face, her scarf tied just as loosely as you remember, her lips pursed as though in supplication.

You cry when she says she has not missed you, when she says she had subtly prayed that your Lagos to Abuja flight to see her would plunge into a river and you would die. When she says, she has worn her mourning garments for seven days, not out of respect, but out of hatred, out of wish that you had actually died, with that “Desire of yours!” –she says this bit aloud, you cry.

The Little Mix track that plays in your car most mornings, the brand of lube you buy, the name of the pharmacy from which you buy it, and the name of the smiling attendant who hands it to you.

You are going to have to know why you slept with your stepfather, why your body tingles at the sight of your head pastor in church, why you sexted your Malaysian client for months till he had to cut off the deal. And why you have started to look at the thirteen-year-old boy in your apartment with lust in your eyes.

More importantly, you are going to have to learn to know you.

Be the one who writes your story; never let me or someone else tell it for you.

Learn to relax, to lie on your back and take in the scenery, count the flock of birds and the leaves wilting on the trees, allow your hair sway in the wind, and understand that you do not have to be rushed, to be fast, for you are magic.

You are your own safe landing.

There is the slow, the calm. And if the fast starts to take over you, find it, reach out to it and be it.

Never forget that it is just as valid, just as beautiful. Never forget you are magic and fire, rolled into one. And you can beat anything, even sexual addiction.

Never forget you are your safe landing.