I Acted in Self-defence, Says Man Arrested for Handcuffing Wife to Generator in Ogun 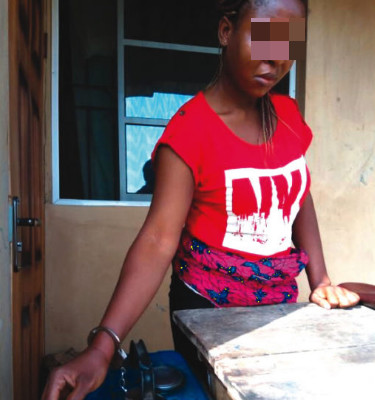 One Ifeanyi Ajaero, 37, a member of the disbanded Merchant Navy has been arrested by officers of the Ogun State Police command for handcuffing his wife, Obiageli, 28 to a generator.

PUNCH reports that he incident occurred at Ewooluwo, in the Sagamu area of the state.

Ifeanyi was arrested after neighbours alerted the police.

Ifeanyi was also accused of beating Obiageli on several occasions.

The State Police Public Relations Officer, Abimbola Oyeyemi, said the Divisional Police Officer of the command in Sagamu, Aduroja Moses, led the officers to the scene, adding that Ifeanyi admitted to chaining his wife but claimed he acted in “self-defence”.

Oyeyemi said that he used handcuff to chain his wife to the generator.

The case has been transferred to the Anti-Human Trafficking and Child Labour Unit of the State Criminal Investigation and Intelligence Department for further investigation and prosecution, Ahmed Iliyasu, the Commissioner of Police in the state said.