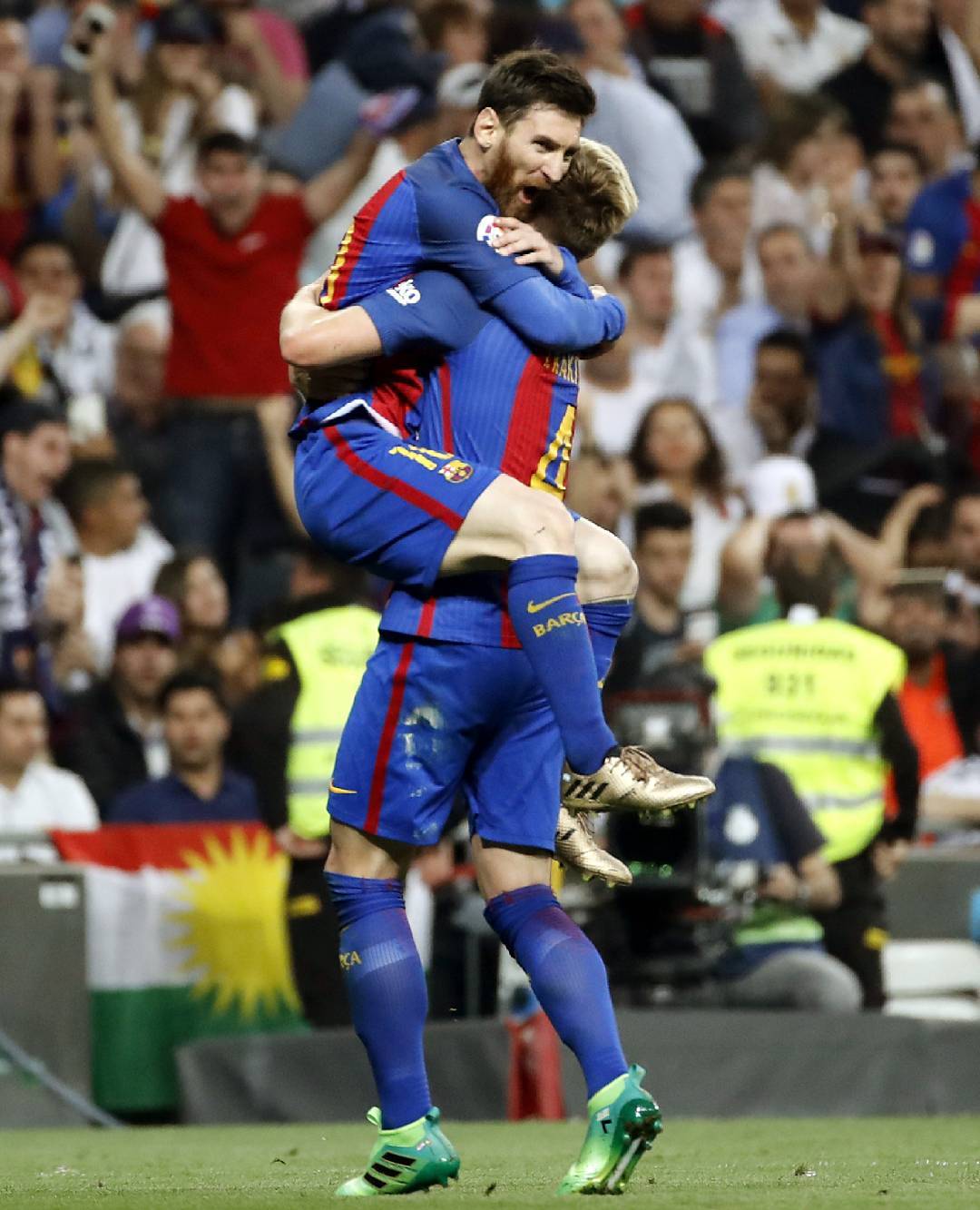 Lionel Messi scored his 500th Barcelona goal in second-half stoppage time as his side beat 10-man Real Madrid 3-2 in an unbelievable Clasico at Santiago Bernabeu, a victory that puts them top of LaLiga. Substitute James Rodriguez had scored a dramatic late equaliser that looked like it would give Madrid a draw to put them on the brink of a first league crown since 2012, only for Messi to bring up his milestone with the last kick of the game.

Prior to those late goals, a breathless and controversial contest looked like it would be settled by Ivan Rakitic‘s excellent strike, especially when Sergio Ramos was sent off for a lunge on Messi. But James then scored within four minutes of coming off the bench to send the home fans wild, only for Messi to steal the show with his second of the match.

The contest was typically controversial, Cristiano Ronaldo having a strong early penalty claim turned down, while Barca wanted Casemiro‘s opener chalked off as they claimed for offside against Ramos in the build-up, a goal that was promptly cancelled out by Messi before half-time. Barca then called for Casemiro to be sent off as he got away with two first-half fouls after being booked, but it was Madrid’s turn to be angry with the officials when Ramos was dismissed. The story was still to be told, though, with James’ strike followed by Messi’s astounding 92nd-minute winner to ensure Spain’s top-flight is in for a thrilling conclusion over the final weeks of the season.

Both sides are now level on points with Barca ahead by virtue of their head-to-head record, although Madrid still hold a crucial game in hand.